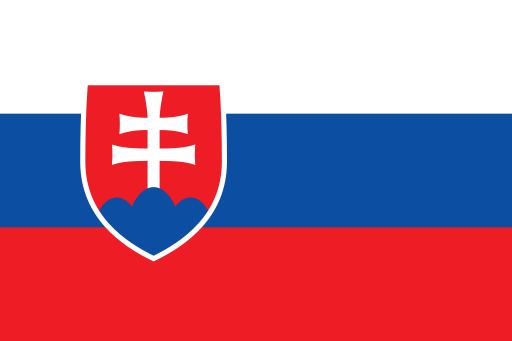 Slovakia (English: Slovakia; Slovak: Slovensko), or its official name is The Slovak Republic (English: Slovak Republic; Slovak: Slovenská republika) is a landlocked country in the Central European region. It has a territory in the northwestern part of the Czech Republic. North connects with Poland. In the east connects with Ukraine. to the south with Hungary and in the southwest connects with Austria The country's largest city is the capital Bratislava. Slovakia is currently a member state of the European Union. and changed the national currency from Slovak coruna to Euro on 1 January 2009.

Location in the middle of Europe no sea contact area North borders with Poland. south to Hungary East borders with Ukraine. and the west borders the Czech Republic and Austria. Area 49,035 square kilometers The capital city is Bratislava. Climate Cool in summer and the winter is quite cold foggy and humid

Around 450 BC. The territory that is today Slovakia is home to the Celts who built the oppida - a large settlement during the late Iron Age. surrounded by rivers) at Bratislava and Hafranok A silver coin bearing the name of the Celt king inscribed, known as Biatec, represents the first use of the alphabet in the land in AD 6 (about A.D. 549) The vast Roman Empire established and maintained outposts around the Danube. Later, the Kingdom of Vannius appeared in central and western Slovakia. by the establishment of the barbarians