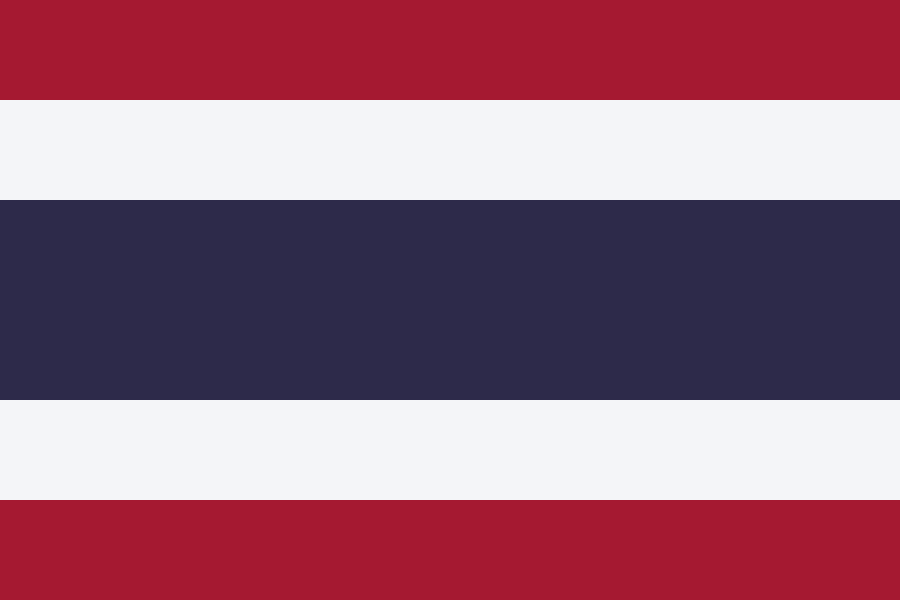 Thailand is officially known as Kingdom of Thailand It is a nation-state located in Southeast Asia. Formerly known as "Siam", the government officially changed its name to Thailand since 1939. Thailand is the 50th largest in the world with an area of ​​513,120 square kilometers. And has the 20th largest population in the world, which is about 69 million people, bordering Burma to the north and west. Laos to the north and east Eastern Cambodia and Malaysia in the south Bangkok is the center of public administration and the country's largest city. and regional governance Organized into 76 provinces, despite the establishment of a constitutional monarchy and parliamentary democracy in 1932, the military still plays a high role in Thai politics. The last coup was in 2014. Evidence of continuous inhabitants in present-day Thailand since 20,000 BC. Tai people began to migrate to this area in the 11th century and came to set up important provinces, including Sukhothai Kingdom Lanna and Ayutthaya Kingdoms Historians often regard the Sukhothai Kingdom as the starting point of Thai history. Later, the Ayutthaya Kingdom gradually gained more power until it became a regional power in the late 14th century instead of the Khmer Empire. Ayutthaya Kingdom was able to annex Sukhothai as part of it. Contacts with the West began with a Portuguese diplomat in 1511. A war with Burma led to the loss of the city in 1569, but King Naresuan the Great He declared independence in 15 years. The kingdom was very prosperous in his reign.