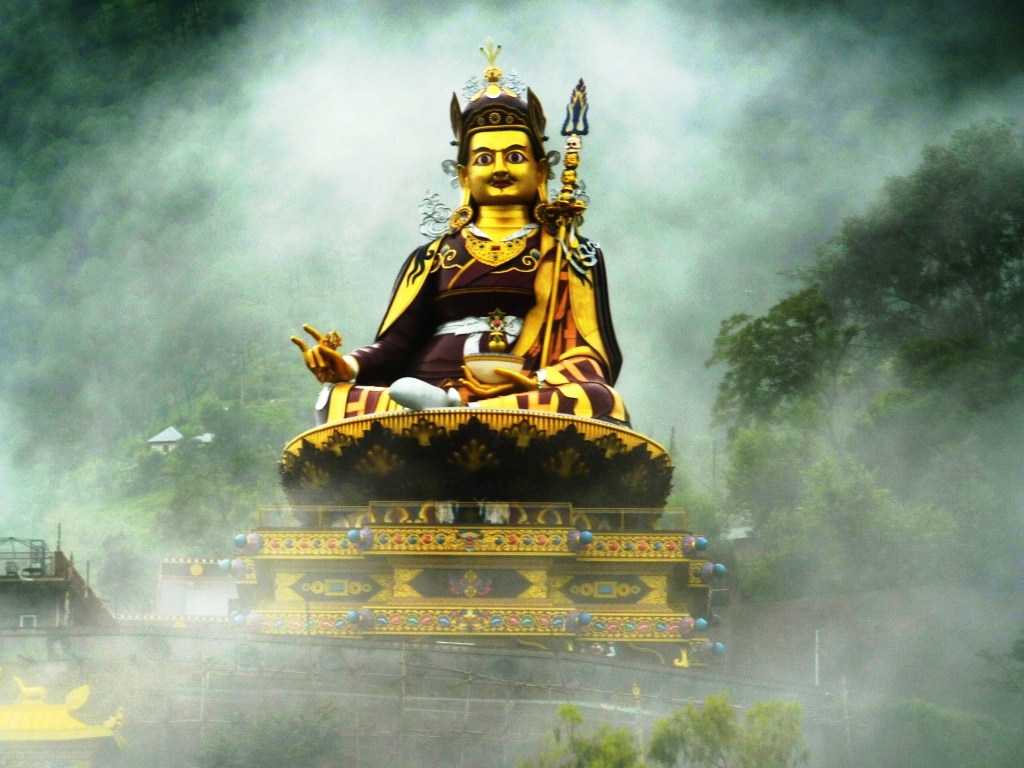 Padma Sambhava or Padma Sombhava (Sanskrit: Padma Sambhava; Known as Kururimpoche or Kururinpoche, was a Vajrasattva monk who preached and propagated Vajrayana Buddhism in Tibet around the 8th-9th century AD. Early Tibetan sources. Several manuscripts, such as the Ba Testament, indicate that the Guru came to Tibet in the 8th century and helped build the Samye Monastery. The first Buddhist monastery in Tibet. However, much is not known about Guru as a historical figure other than his role in Vajrayana and later Tibetan Buddhism. Gurupadma Sambhava is known as a key figure in the transition of Tibet to Buddhism. There are various records dating from the 12th century concerning the Gurupadma Sambhava. as a master of spirits and all Tibetan gods He is also the one who hides many secret scriptures (Terma) for those who are suitable to discover them in the future. Kham Mani), the oldest recorded history of the Gurupadma Sambhava. Scholars hold that Kangral is "One of the foundations of the legend of Padma Sambhava and was the first to link Gurupadma Sambhava with Socchen. In modern Tibetan Buddhism, Padma Sambhava is regarded as the future Buddha prophesied by Shakyamuni Buddha. According to tradition, Master Yeshe Sogjal and Mandarva were all disciples of Gurupadma Sambhava. The Yingmapa Sect considers the Guru to be the founder of its sect. And according to Ning Mapa tradition, it is believed that the Socchen lineage originated from the Dorje and was directly descended to Padmasambhava.