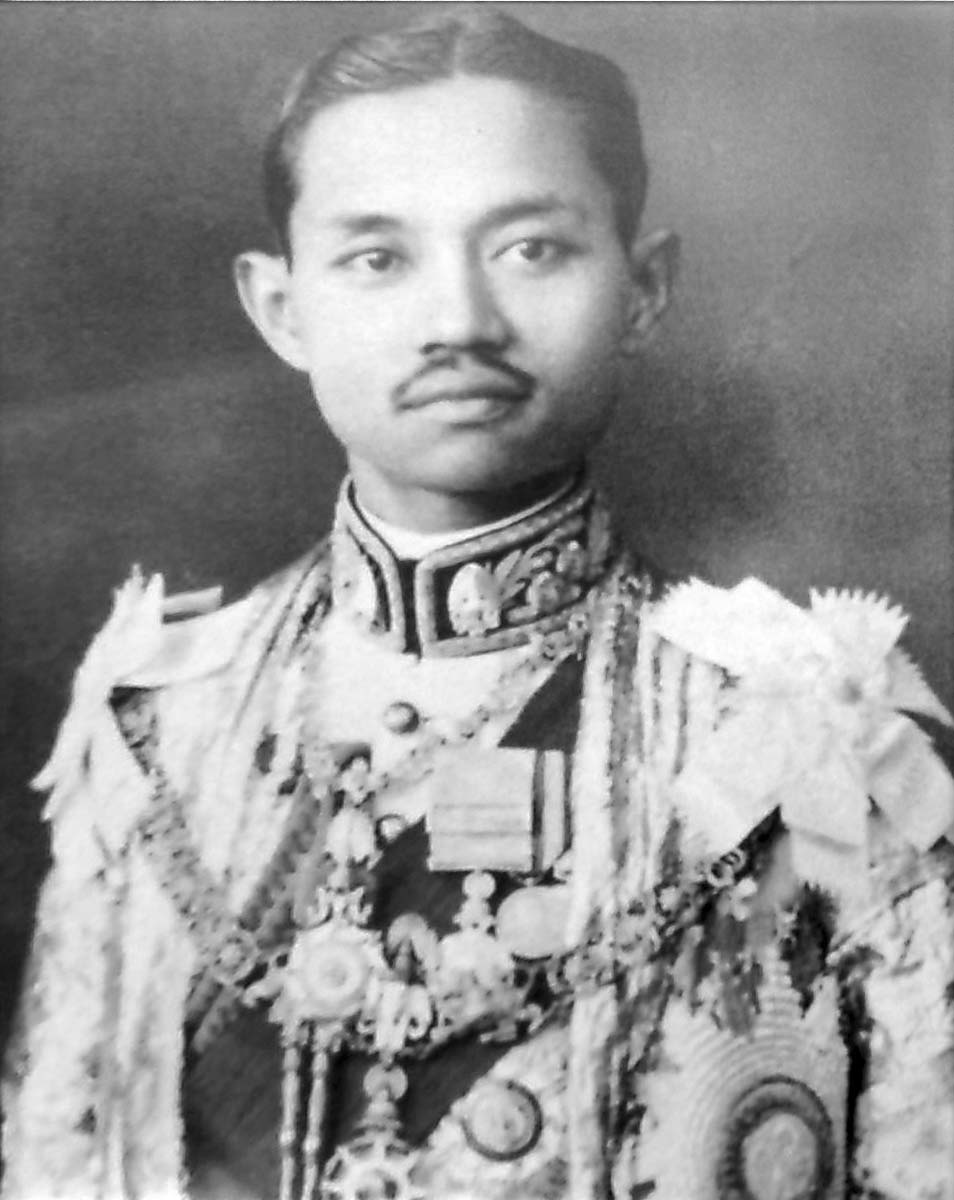 His Majesty King Bhumibol Adulyadej King Prajadhipok (8 November 1893 – 30 May 1941) was the King of Siam, the 7th reign of the Chakri dynasty. His Majesty was born on Wednesday, the 14th day of the waxing moon, the 11th lunar month, at 12.25 p.m. or exactly on November 8, 1893. He was the 96th son of King Chulalongkorn. He is the 14th of Her Royal Highness Princess Sripatcharindra. The Queen Mother Ascended to the throne as King on November 26, 1925 and abdicated on March 2, 1935, totaling 9 years of his reign, died on May 30, B.E. . 1941, 47 years old His Highness performed many important royal duties such as administration. Please set up the Privy Council. He enacted laws to regulate trade in public utilities and finance, municipal systems, religion, education, traditions and culture. His Highness ordered the construction of the library. His Majesty reformed university education. In addition, education was improved until the standard was up to a bachelor's degree. established the Royal Academy Please publish the complete copy of the Tripitaka in Thai script, titled "Phra Tripitaka Siamrath", etc. The dissatisfaction and failure of the People's Party on many occasions led to the abdication of the throne. and he has also been sued for confiscation for his personal life His Majesty King Prajadhipok was married to Mom Chao Rambhai Barni Sawatdiwat (later celebrated her name as Queen Rambhai Barni. The Queen) has no sons and daughters. but has an adopted son, the royal family, Prince Jay