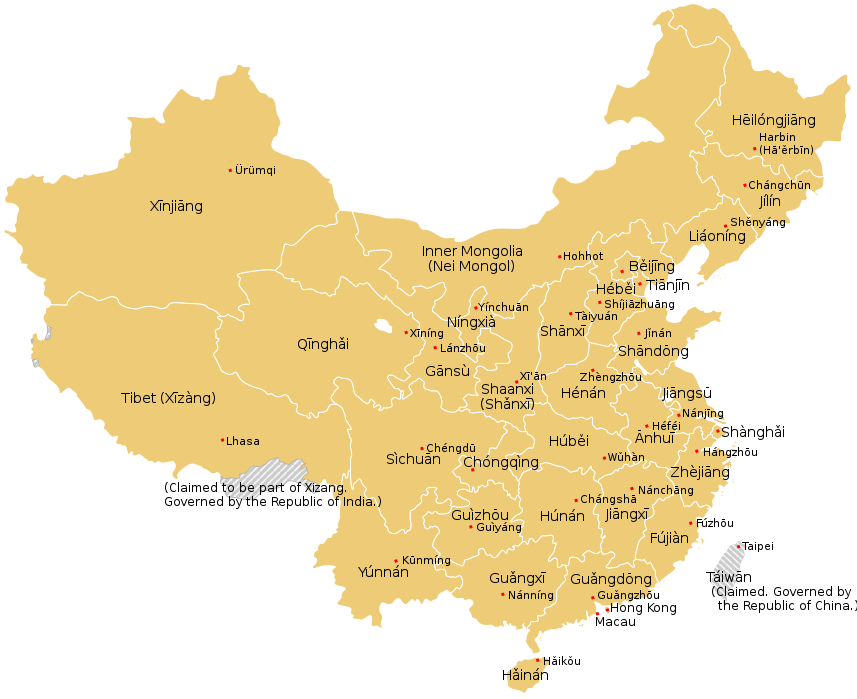 The People's Republic of China consists of 22 provinces (省 shěng cheng), but 23 counties, including Taiwan.

The Autonomous Region (自治區/自治区 zìzhìqū) is a provincial-level administrative region. ruled by a minority There are currently 5 autonomous regions.

The direct governing city (直轄市/直辖市 zhíxiáshì zhixia) of China is a large city. and has a government equivalent to that of a county There are currently 4 cities in total.

Currently, China has two Special Administrative Regions, both of which were former Western colonies.