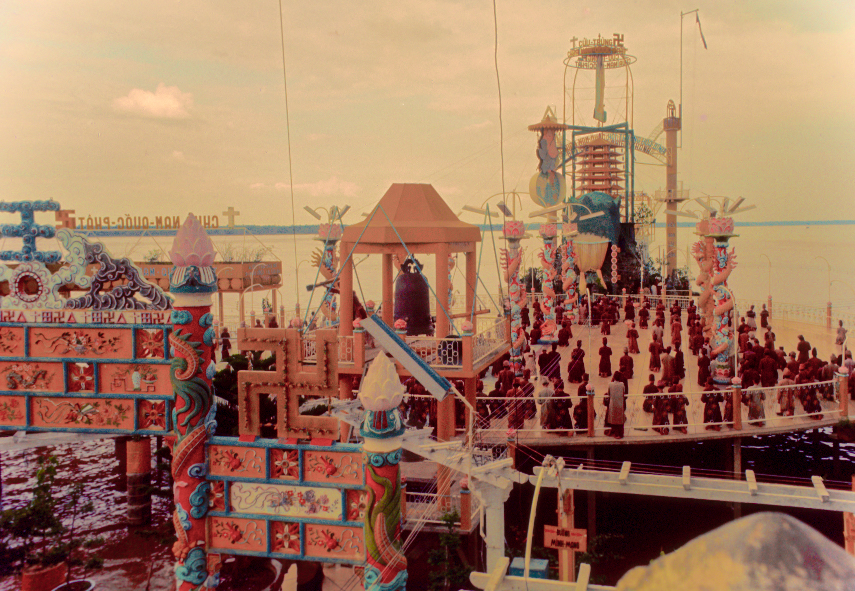 Coconut Religion (Vietnamese: Đạo Dừa) or Unity Religion (Vietnamese: Hòa đồng Tôn giáo) is a religious sect in Vietnam. Founded in 1963 by Nguyễn Thành Nam, or nicknamed Ong Dao Sue (Ông Đạo Dừa "Coconut Priest"), the religion is centered on a small island in the middle of the Mekong, known as coconut kingdom in the province of Ben Chae South of Vietnam Much of the foundation of religious beliefs is drawn from the teachings of Buddhism and Christianity. accompanying the teachings on the peace of Ong Dao Sue They also have a special feature. Encourage their own people to consume coconut products. Coconut religion was abolished by the communist government in 1975. In its heyday, coconut religion used to have as many as 4,000 members, but today few people still practice the coconut religion.

Coconut religion was founded in 1963 by Nguyen Thanh Nam (1909–90), a Vietnamese scholar. He is known by many names such as Ong Dao Sue, Luang Por Coconut, Prophet of Unity, and Uncle Hai. He graduated from a university in France, Nguyen Thanh Nam built a floating pagoda on "Coconut Kingdom", a small island in the middle of the Mekong River in Ben Jae Province. South of Vietnam He claimed to have only consumed coconuts for three years. During that time he practiced meditation by walking on small cobbled pathways. Nguyen Thanh Nam was a candidate for the 1971 presidential election of South Vietnam, but was unsuccessful. So he returned to the coconut kingdom. Saigon government praised him. and called Nguyen Thanh Nam as "Burn