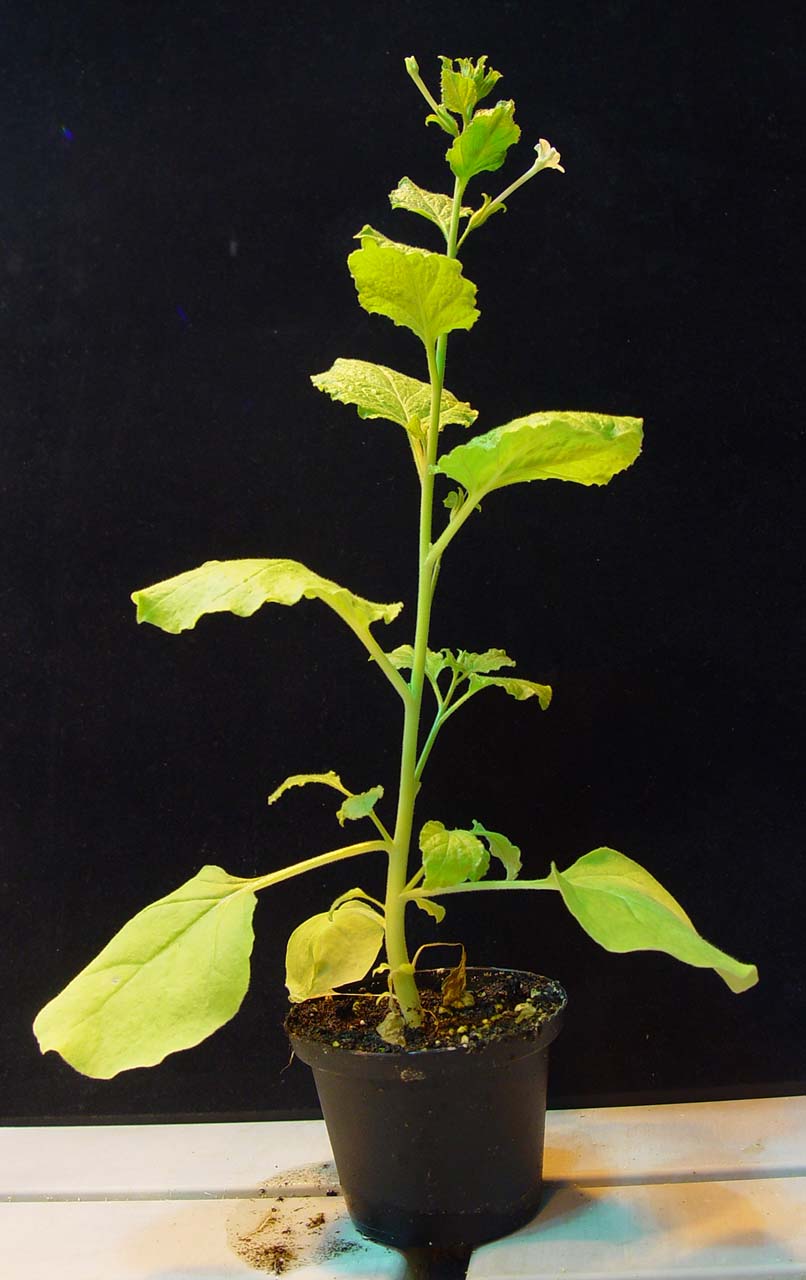 Nicotiana benthamiana (informal benth, benthi or small leaf tobacco) is a genus of plants native to Australia in the genus Nicotiana, closely related to tobacco. The synonym for this species is Nicotiana suaveolens var. Cordifolia. Described by the English botanist George Bentham in his 1868 book Flora Australiensis, the name was changed to Nicotiana benthamiana by Karel Domin, an English botanist. Czech in the book Bibliotheca Botanica in 1929 in honor of Bentham, who wrote the original description.

Australians use this plant as a stimulant. from the presence of nicotine and other alkaloids before the commercial use of tobacco plants (N. tabacum and N. rustica). Names in Indigenous Australian languages ​​include tjuntiwari, muntju, and others. The plant was first collected on the north coast of Australia by Benjamin Bynoe on a Beagle expedition (HMS). Beagle ) in 1837

This herbaceous plant is found in rocky outcrops on hills and cliffs throughout northern Australia. at different heights and habitats The stems are erect and up to 1.5 m (59.1 inches) tall, spreading canopy up to 200 mm (7.9 inches), flowers are white.

N. benthamiana is used as a model organism in plant research. For example, the leaves are quite fragile which may bruise the leaves in ethylene synthesis experiments. Ethylene is a plant hormone secreted after plants are injured. The amount of ethylene released can be measured using gas chromatography techniques. Because this species can infect a large number of plant diseases, N. benthamiana is widely used in virology.