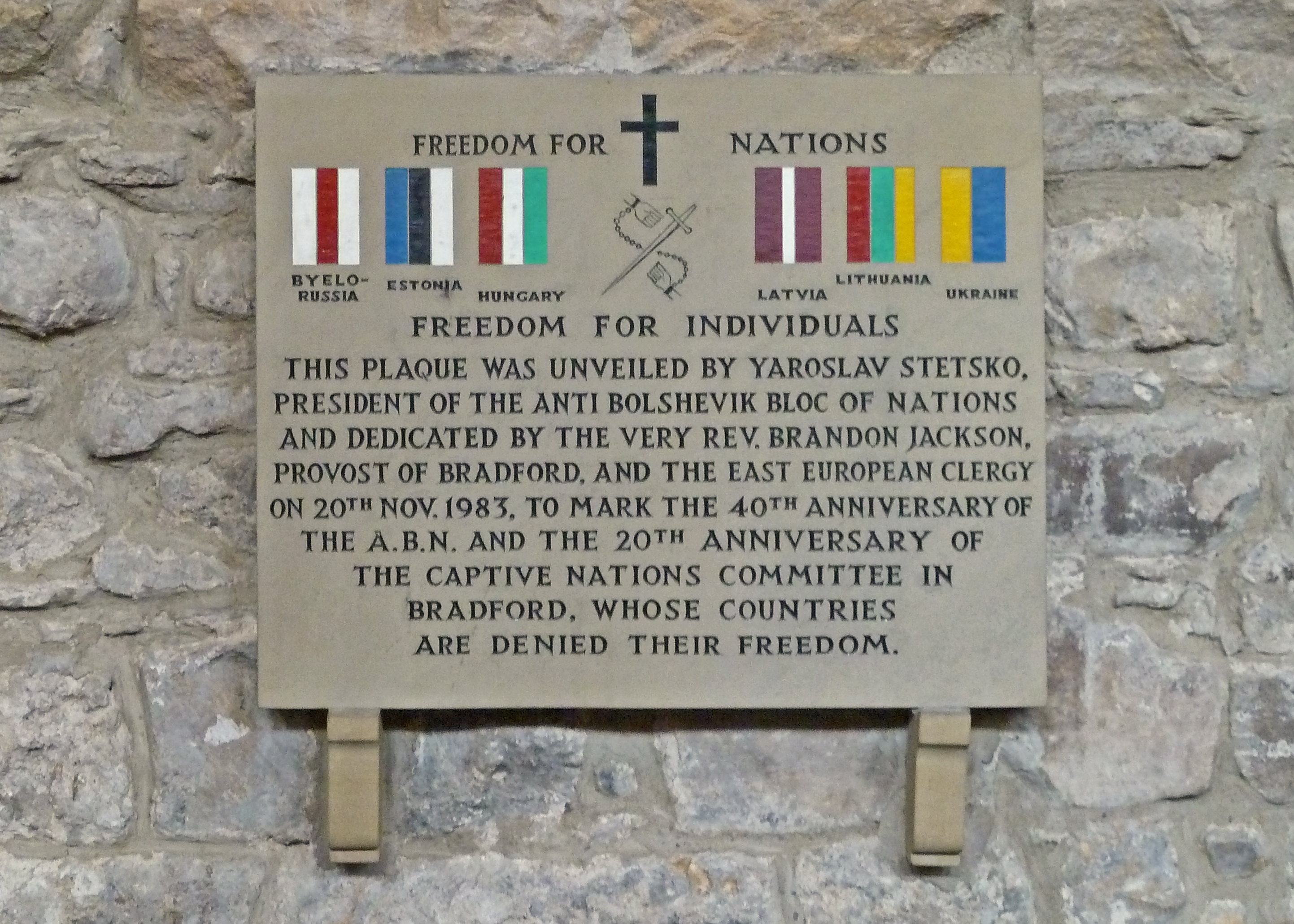 The Anti-Bolshevik Bloc of Nations (ABN) is an association of political organizations of different nations to fight the Bolsheviks. It was established on November 21-22, 1943, on the initiative of the Organization of Ukrainian Nationalist Revolutionaries at the secret 1st Conference of the Enslaved Peoples of Eastern Europe and Asia in the village of Buderazh. The first chairman was Rostislav Volroshin (Professor Stetsenko), a member of the bureau of the OUN Main Command. The ABN included political organizations of the peoples under Soviet rule. At the founding congress on April 16, 1946 in West Germany, the ABN was reorganized. Proposed organizations of such peoples (as of 1954): Albanians, Belarusians, Bulgarians, Armenians, Georgians, Estonians, Cossacks, Latvians, Lithuanians, Slovaks, Turkmen, Hungarians, Ukrainians, Croats, Czechs. From 1948 the ABN was headed by J. Stetsko, as the chairman of its Central Committee, re-elected in 1954. The presidium consisted of Colonel-General F. Dyurchansky (Slovak). His deputy was Professor R. Ostrovsky (Belarusian) and his secretary was J. Gitis (Lithuanian). The ABN organizes mass anti-Bolshevik demonstrations, organizes press conferences, sends memoranda to leading politicians, and publishes periodicals and non-periodicals in various languages. Presidents of the ABN: Yaroslav Stetsko (1946-1986) and his wife Yaroslava Stetsko (1986-2003). ABN Correspondence has been published in German, English, and periodically in French since 1949. In 1967, the ABN became a co-founder of the World Anti-Communist League. The anti-Bolshevik Bloc of Nations was disbanded in 1996 after the collapse of the Soviet Union and Soviet communism See also Union of Autonomists League of Alien Peoples of Russia Union of Nations Congress of the enslaved peoples of Russia Prometheanism Conference of the Enslaved Peoples of Eastern Europe and Asia Organization of unrepresented nations and peoples