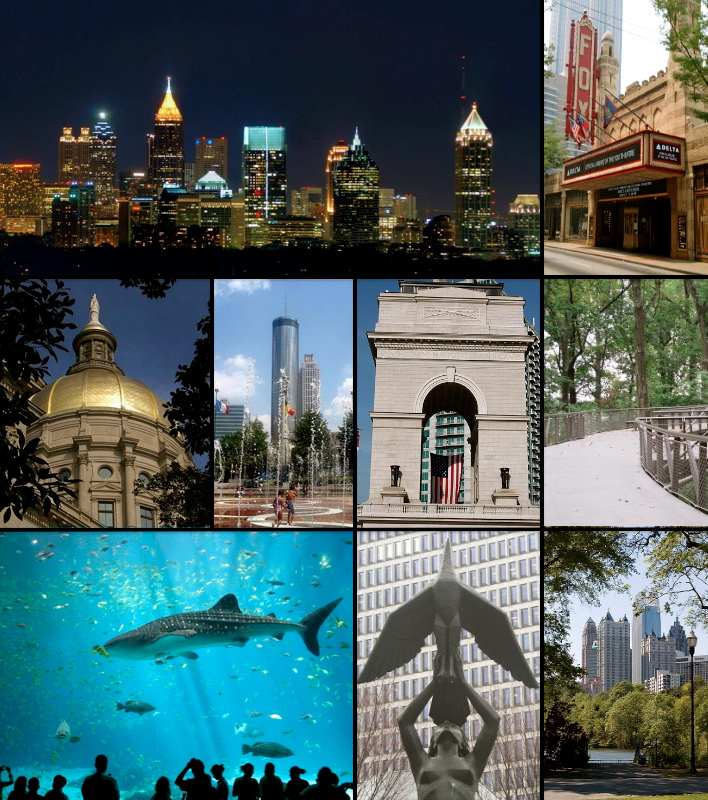 Atlanta (English Atlanta) is a city in the southeast of the United States, the capital and largest city of the state of Georgia, USA; population 447,000 (2013), with suburbs 6,162,000. Founded in 1837, partially destroyed by General Sherman in 1864. The city is home to the Ford and Dockhead factories and the headquarters of the Coca-Cola Company. In 1990, Atlanta was chosen as the capital of the 1996 Summer Olympics. A large industrial and trade and financial center of the South of the USA. Aviation, car assembly plants, chemical, light and food industry enterprises. A large railway hub (15 railway lines). The most famous district of the city is Virginia Highland.

Much of Atlanta was burned during the Civil War, depleting its large supply of historic architecture. But architecturally, the city was never particularly "Southern"—because Atlanta originated as a railroad town, not a Southern seaport like Savannah or Charleston, many of the city's landmarks could easily have been erected in the Northeast or Midwest. . During the Cold War, Atlanta embraced global modernist trends, especially in commercial and institutional architecture. Examples of modernist architecture include the Westin Peachtree Plaza Hotel (1976), the Georgia Pacific Tower (1982), the State of Georgia (1966), and the Atlanta Marriott Marquis (1985). In the second half of the 1980s, Atlanta became one of the pioneers of postmodern design, which again features classical elements of the landscape. Most of Atlanta's tallest skyscrapers were built in the late 1980s and early 1990s.

The city's public transport is represented by the metro, which opened in 1979, bus routes and a tram line, which opened in 2014. Previously, the city had a developed tram network, but like most other cities in the USA, it was closed in 1949. The city also had a developed trolleybus network, the peak of which occurred in the mid-1950s, when more than 30 routes served by 453 trolleybuses operated in the city. �