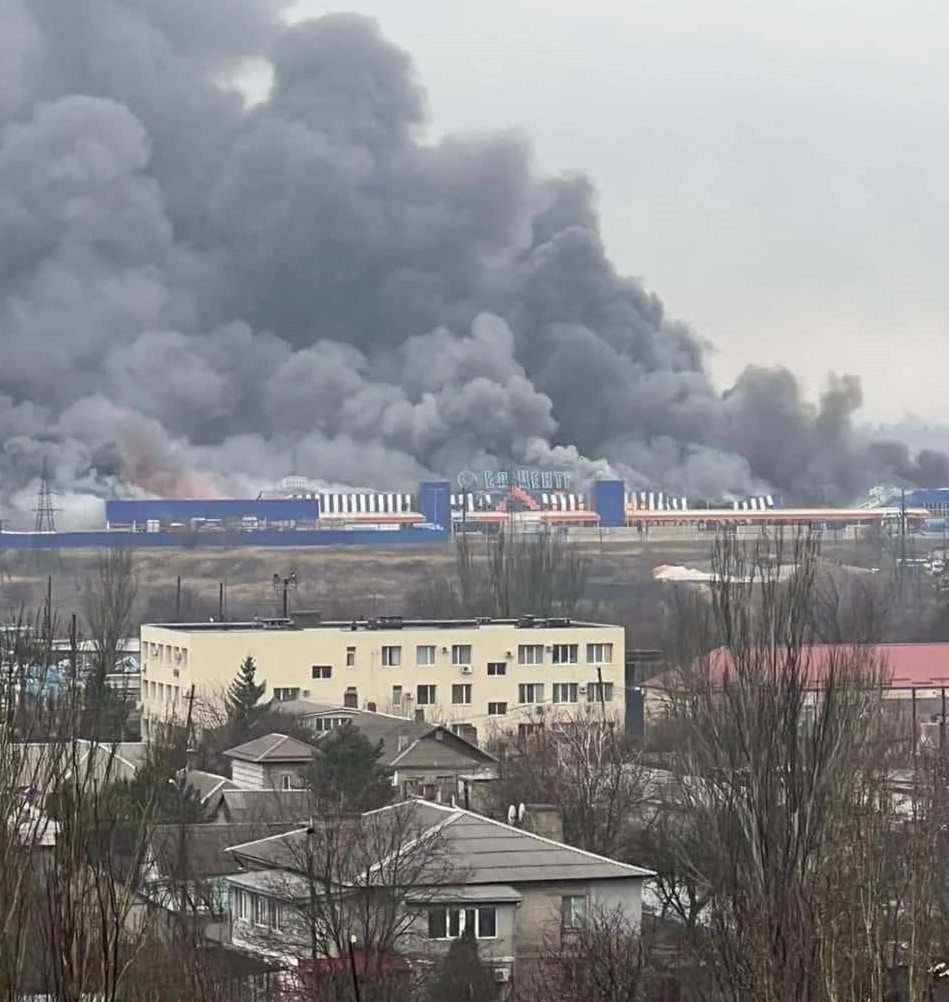 The blockade of Mariupol is a military blockade of the city of Mariupol by Russian occupation forces during Russia's invasion of Ukraine during the Russian-Ukrainian war. It lasts from March 1, 2022 to the present. The city of Mariupol is located in the Donetsk region of Ukraine. Prior to the blockade, the city was short of food, fuel and fuel. The only way to connect Mariupol with Ukrainian territories was the Kuznetsov Bridge on the border of Zaporizhia and Donetsk regions, located within reach of artillery and siege aircraft, as well as the enemy's naval forces operating at sea. Due to the blockade from March 3, 2022, the city has no electricity, water, gas, heating and mobile communications. It is impossible to deliver water, food, medicine, and children's goods to the city. As of March 21, more than 100,000 civilians remain in the city. The blockaders are forced to collect rainwater to drink, food is prepared on street fires, and the dead are buried directly in the yards in mass graves. The Red Cross described the situation as "apocalyptic", and Ukrainian authorities accused Russia of organizing a major humanitarian crisis and said its actions had all the hallmarks of genocide. In the city, 2,340 (90%) houses were damaged, 1,040 (40%) were destroyed, and 5,000 people died during the blockade, including about 210 children. According to US Secretary of State Anthony Blinken, the Russian army, like the fascist one, created a situation for the people of Ukraine in which Leningrad was besieged during World War II.

On February 24, Russian artillery fired on the city, injuring 26 people. Later that day, the UN High Commissioner for Human Rights said: "The protection of civilians must be a priority. The use of explosive weapons in populated areas should be avoided at all costs… » On the morning of February 25, the Russian armed forces advanced from the territory of the ORDO to the east towards Mariupol. They clashed with Ukrainian troops near the village of Pavlopol. The Ukrainian armed forces defeated the Russian troops; according to Mariupol Mayor Vadim Boychenko, 22 Russian tanks were destroyed in the battle. It is reported that the Russian Navy, based on the opportunities provided by the Black Sea Fleet,