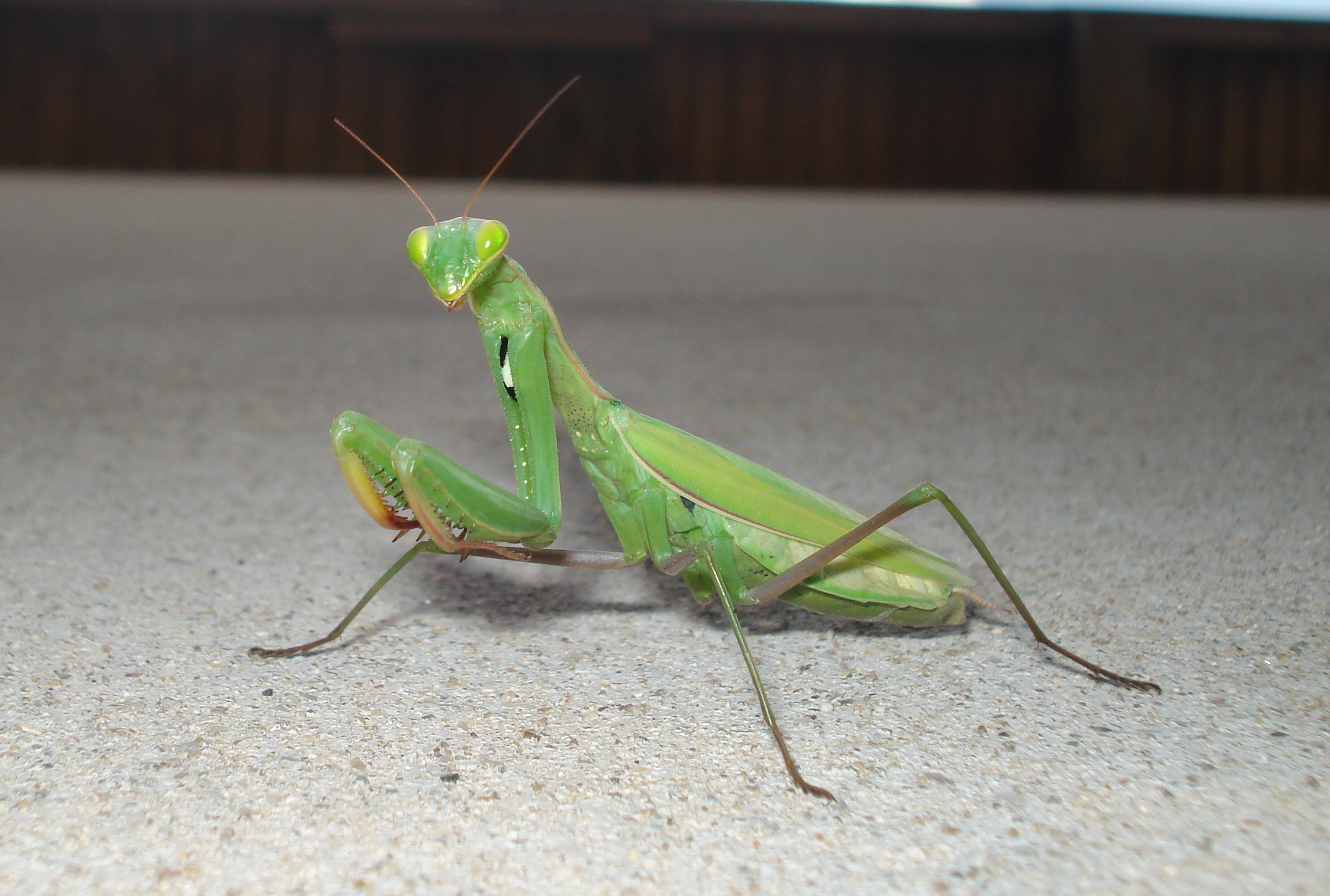 The mantis (Mantis religiosa) is a species of large mantis in the Mantidae family. Green, yellowish, brown insects with a characteristic black or white-black spot at the base of the front predatory legs. Winged, males fly relatively well. The species is distributed in Europe, Asia, Africa, introduced to North America. The northernmost species of mantises can live in temperate climates, but more numerous in warmer regions. Its range is expanding at the beginning of the XXI century. The charismatic appearance and spread make the mantis the most recognizable type of mantis for the inhabitants of the temperate and subtropical latitudes of the northern hemisphere, which is reflected in art, including stamps and coins.

The mantis is a large insect with an elongated body that reaches 4.5–8.8 cm in length. The praying mantis's body color can vary from green to ocher, depending on the light and humidity during molting. The green larva, thus, may become yellow-brown in the next stage with increasing temperature and lowering humidity. The color is determined by the green pigment biliverdin, which can be oxidized to a brown pigment under the action of light. It has also been shown that color change can be affected by light-sensitive cuticle cells, and color change can occur in adults under low light conditions. Antennas carry seven morphological types of senses, including tactile and olfactory (olfactory). The antennae also have unique vesicular structures for mantises, which are probably pheromone-synthesizing glands. The basins of the forelegs on the inner surface have small bright whitish spots, and at the base - a large black oval spot, sometimes with a white eye inside. Front thighs without spots, in the inner row of large spines - black, like a groove for the "claw" of the leg. The wings are well developed in both sexes. The front wings have a dark stripe along the leading edge. Hind wings - yellowish, transparent.

The male is smaller and more fragile, 4.8-6 cm long, flies well, has long antennae. The female is larger, 4.3–8.8 cm long, with an enlarged abdomen. The weight of the female reaches 1.5-2 g, while the weight of the male is about 0.5 g. On the antennae of males 5-6 times more senses responsible for the sensation of f