The bombing of Rotterdam 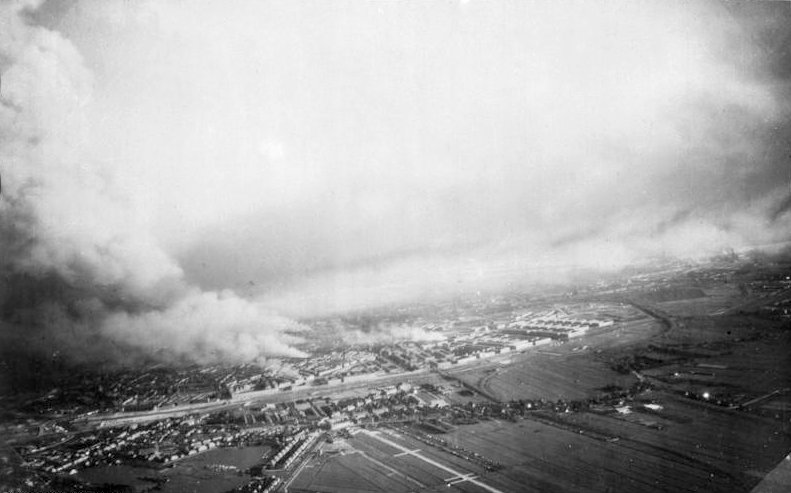 The bombing of Rotterdam was an air raid carried out by the Luftwaffe on May 14, 1940 during the Dutch operation, which in turn was part of the French operation of 1940. The attack on the Netherlands began on May 10. The Germans hoped to break the resistance of the Dutch in one day, but the Dutch troops put up more persistent resistance than previously thought. The Germans planned an attack on the city on May 14. The purpose of the air attack was to support German units fighting in the city and force the Netherlands to surrender. The commander of German troops, General Rudolf Schmidt, issued an ultimatum to the Dutch, informing them of the planned bombing of Rotterdam. The Dutch issued an ultimatum and the bombing was called off. However, 50-60 He-111 bombers out of hundreds did not have time to receive a signal informing about the cancellation of the attack. The bombers dropped about 97 tons of bombs, mostly on the city center, destroying everything in an area of ​​about 2.5 km2, which led to numerous fires and killed about 1,000 people. This bombing was the last stage of the Dutch Wehrmacht operation: the Netherlands were unable to defend themselves against Luftwaffe attacks and capitulated on the same day after assessing the situation and receiving a German ultimatum about possible bombing of other cities. The bombing of Rotterdam changed British policy and strategy. Until then, Britain had avoided German bombing, although it acknowledged that if German attacks on civilian targets continued, British policy would change. The day after the bombing of Rotterdam, on the night of 15 to 16 May, the British Royal Air Force made the first (night) raid on the Ruhr area.