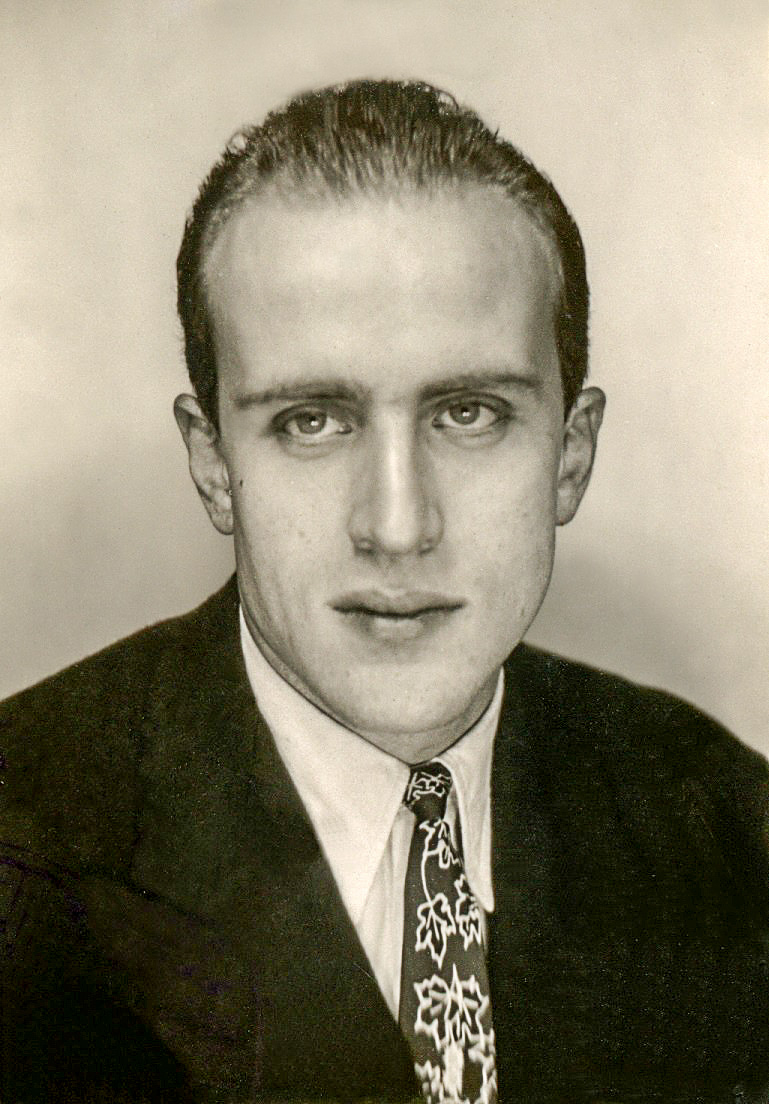 |Member of the CPSU from |Lib Boris Vian (March 10, 1920, Ville d'Avre, France - June 23, 1959) was a French novelist, poet, jazz musician and singer. The author of a number of modernist and fantastic outrageous works, who, despite this, became a classic of French literature after his death, predicting the riot of nonconformist works of the 60s of the XX century and was a harbinger of the "New Wave" in English and French fiction. He wrote not only under his own name, but also under 24 pseudonyms, the most famous of which was Vernon Sullivan.

Boris Vian was born on March 10, 1920 in the town of Ville d'avre near Paris. He studied at the Paris Central School — one of the largest French technical universities. After obtaining an engineering diploma, he worked at the French Association for Standardization, while simultaneously engaged in music and literary writing. Wrote 10 novels, including the famous "Foam of Days" (1946). He translated the works of Raymond Chandler into French. Under the pseudonym Vernon Sullivan, Vian released the following works, stylized as noir: the novels "I'll Come to Spit on Your Graves", "All the Dead Are the Same Color", "Women Don't Understand", "And Then Remove All the Freaks" and the story "Dogs, Desire, death". This pseudonym was composed of the surnames of the writer's friends from the jazz orchestra (where Vian himself was a trombonist): Sullivan and Vernon. According to legend, Vernon Sullivan was an African-American who was not allowed to be printed in the US because of his very liberal views, but he was translated by Vian and published well in France. The first novel "I will come to spit on your graves" caused a real sensation, it immediately became a bestseller. Until now, the total circulation of this novel exceeds the circulation of Vian's other works. The novel was written at the request of the publisher, a friend of Vian, whose business was suffering losses. However, soon the novel was recognized as very bold, vulgar and even pornographic. Editions were burned, societies for the struggle for morality organized a movement against the novel. Tired of fighting "defenders of morality", Vian stopped writing under this pseudonym. On June 23, 1959, Vian came to the premiere of the film based on his novel "I'll Come to Spit on Your Graves." The viewing began around ten in the morning in the "Peti M�" hall