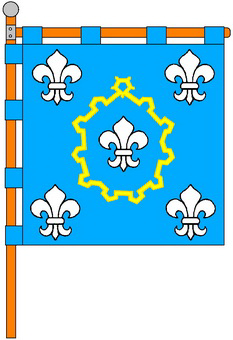 Brody is a city of Ukraine, located in the northeast of Lviv region in Zolochiv district. At one time, it was one of the largest trading centers of Austria-Hungary, the "free city". The administrative center of the former Brodiv district, liquidated on July 17, 2020 during the administrative-territorial reform in accordance with the resolution of the Verkhovna Rada of Ukraine dated July 17, 2020 No. 807-IX "On the formation and liquidation of districts".

The city owes its name to the swampy area and crossings (fords) that have existed here for a long time. The Sukhovilka River flows through Brody — the right tributary of the Bovdurka River (Prypyati basin), which often dries up and sometimes is full of water. Initially, the city had the name Ljubych, named so in the 16th century by the Belgian voivode Stanislav Zholkevski for the coat of arms of Ljubych, but this name did not stick, as over time it took over the name of the neighboring village of Brody, and the village became known as Stary Brody. Joking names - "Galicia Jerusalem", "Trieste on the continent".

The urban community of Brody took over the heraldic plots of the owners of the city, in particular, the Zholkivskis used their family coat of arms "Lyubych", the Konetspolskis used the "Pobug" coat of arms, the Sobieskis used the "Yanina" coat of arms, and the Pototskis used the "Pylyava" coat of arms. In the years 1779-1880, an inscription in Latin appeared on the city seal of Brody, which translates as Magistrate of the Free City of Brody (lat. Magistratus Liberae Civitatis Brody), and from the beginning of the 18th century until 1939, the family coat of arms of the Potocki family "Pilyava" appeared on the seals of the city ". During the German occupation of 1941-1944, the city seal did not have any symbols at all, and only in the center of a circle with a diameter of 33 mm horizontally in 6 lines was placed the inscription in German and Ukrainian languages: "GENERAL/GOUVERNEMENT/STADT/BRODY/МИСТО/BRODY". In Soviet times, the issue of heraldic symbols of the city was not raised until 1984, since the use of other signs, images, symbols on seals, except for the state coat of arms of the USSR, was prohibited by Soviet legislation. On the occasion of the celebration of the 900th anniversary of Brody, in 1984, the architect Yaroslav Rutsky designed the emblem of the city. It was an architectural representation of a part of the city wall with a tower and a gate over the river. In the upper part of the emblem was placed r