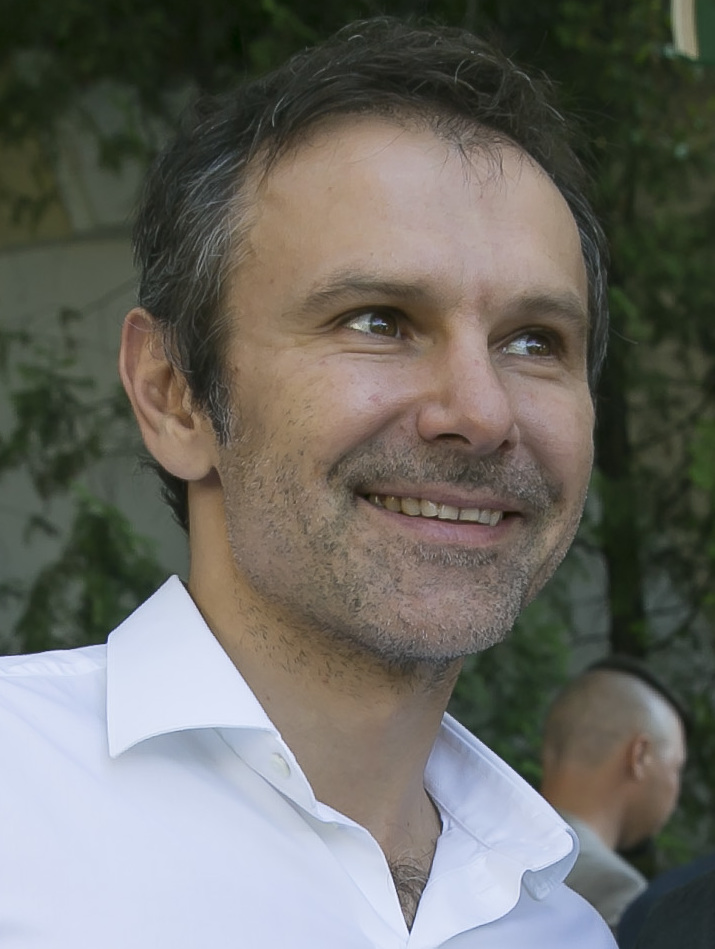 Sviatoslav Ivanovych Vakarchuk (born May 14, 1975 in Mukachevo, Zakarpattia Oblast) is a Ukrainian musician, leader of the Okean Elzy band, public figure, former chairman of the Voice party, composer, songwriter, and lieutenant of the Armed Forces of Ukraine. He gained national and international recognition as a musician, vocalist, leader of the rock band "Ocean Elzy", composer. Honored Artist of Ukraine, Knight of the Order of Freedom, People's Deputy of Ukraine of the 6th convocation (from 2007 to 2008) and IX conv. (2019-2020). Candidate of Physical and Mathematical Sciences (2009). Son of Ivan Vakarchuk.

He was born on May 14, 1975 in Mukachevo in the family of the famous Ukrainian physicist Ivan Vakarchuk. He spent his childhood and youth in Lviv. Father - Ivan Alexandrovich (1947-2020), Ukrainian, came from the Ukrainian village of Stari Bratushany in Moldova. Mother - Svitlana Oleksandrivna (born 1947), Ukrainian, was born in Mukachevo, where in 1946 her mother Nina (born 1917, Mohyliv-Podilskyi, now Vinnytsia region) was sent as an educator. Two months after Sviatoslav's birth, the family returned from Mukachevo to Lviv, where they lived permanently. Sviatoslav graduated from Lviv School № 4 with in-depth study of English (now Lviv Linguistic Gymnasium) with a silver medal. For two years at the music school he learned to play the violin and at the same time learned to play the accordion. During his school years he played in KVN, created a school theater, played basketball. In 1990 he went on an exchange to Canada, where he brought a large collection of cassettes and recordings of rock music. In 1991-1996 he studied at the Faculty of Physics of LNU. Frank (specialization - theoretical physics). The second higher education is an international economist. In 1996 he entered the graduate school of the Department of Theoretical Physics of the same university. In the summer and autumn of 1994 he joined the art-rock band "Clan of Silence", created in 1992 by the following line-up: Andriy Golyak (vocals), Pavlo Gudimov (guitar), Yuriy Khustochka (bass guitar), Denis Glinin (drums), after how Andriy Golyak left earlier. On October 12, 1994, the band was renamed "Ocean of Elsa". Sviatoslav Vakarchuk became a vocalist, author of most lyrics and music and a constant leader of the band. After graduating from university, Vakarchuk could continue his studies abroad, but focused on music