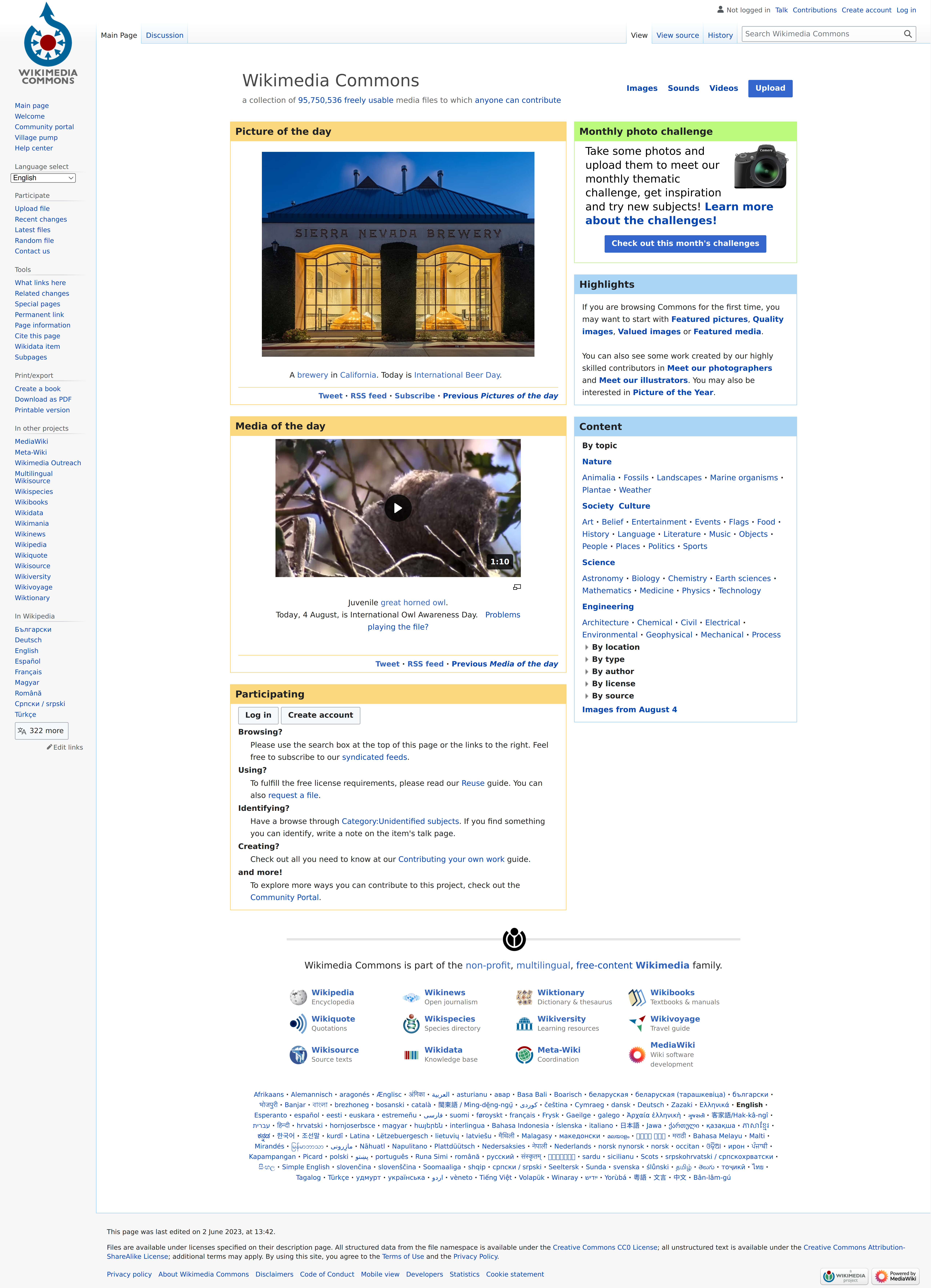 Wikimedia Commons is a general, centralized repository for images, sound recordings, videos, and other files provided under free licenses. The advantage of Wikirepository is that its files can be used in any project of the Wikimedia Foundation (such as Wikipedia, Wikibook, etc.) without the need to additionally upload the file to each project. The site opened on September 7, 2004, and has more than 31 million files as of April 2016. Files can be uploaded to WikiRepository through the appropriate service or a special program. Wikimedia allows you to upload only material whose license allows free distribution, use, adaptation, and commercial exploitation of the work, in other words only free content.

Wikimedia volunteers work with museums and archives, as well as other organizations and/or copyright holders, to facilitate the publication under free licenses of a wide variety of materials that reproduce the cultures of different peoples of the world. Images are often shared by German organizations, in which the German branch of the Wikimedia Foundation is actively involved. The largest examples of cooperation: April 2005 - German site Directmedia donates 10,000 images to the Wikimedia community. September 2006 - Picswiss, Switzerland's largest free image site, begins uploading images. Spring 2007 - Pearson Scott Foresman sent 16 boxes of images to the Wikimedia Foundation. December 2008 - The German Federal Archives provided 80,000 images. March 2009 - The Deutsche Fotothek image library transferred 250,000 works. October 2009 - Tropenmuseum transferred 35,000 images on the theme of Indonesia. June 2011 - the Russian international news agency RIA Novosti began to provide part of its archive images under the terms of the Creative Commons Attribution-ShareAlike 3.0 license. One of the first images was personally uploaded to Wikimedia by Russian President Dmitry Medvedev. July 2011 - The US National Archives and Records Administration released more than 100,000 historical photos and documents from its archives.

Among the projects aimed at replenishing the Wikirepository with high-quality free materials, there are, in particular,