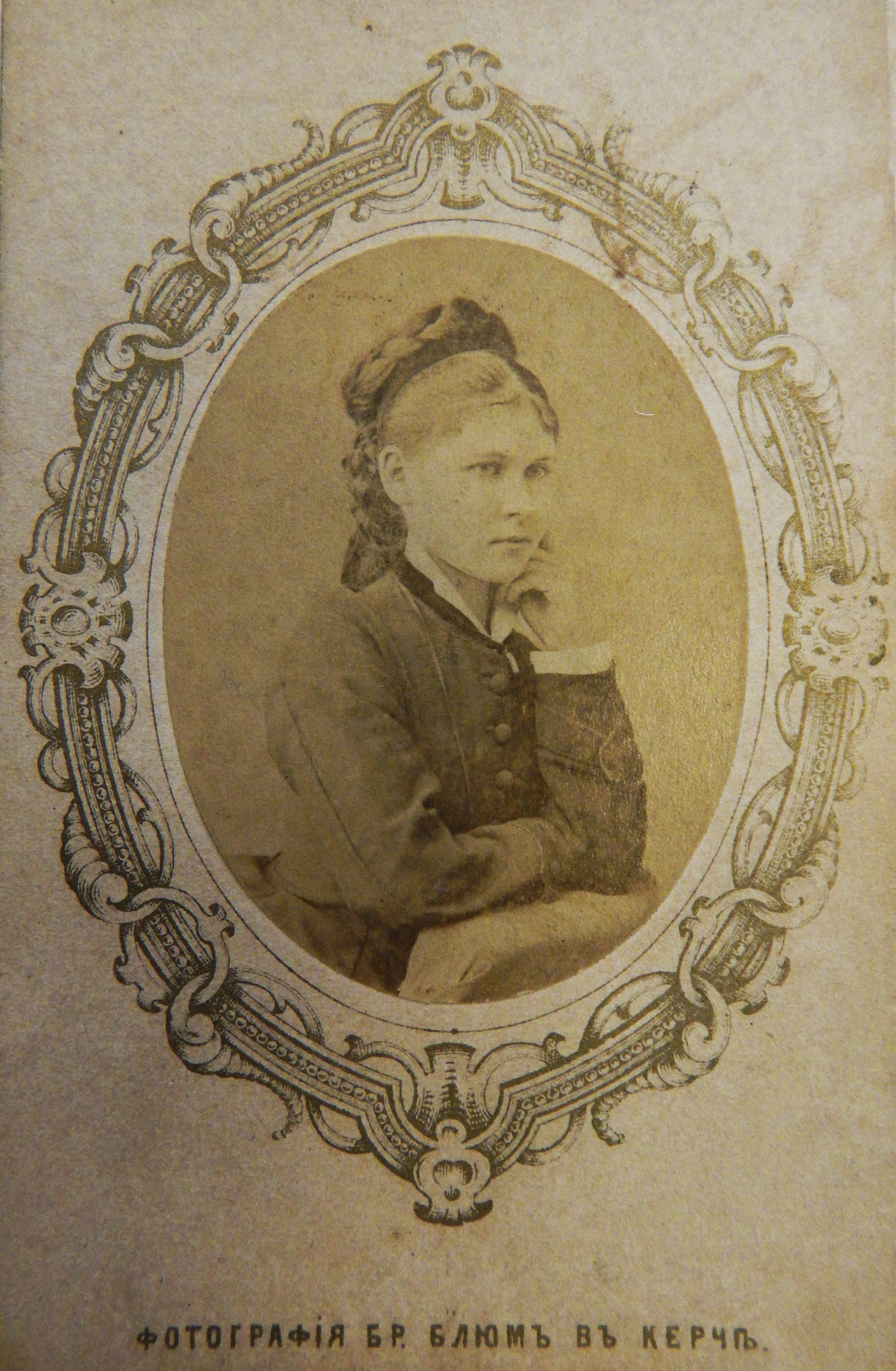 Augustina Stanislavovna Gabel (before her marriage Sinkevich, Sinkevich or Senkevich; August 30, 1853, St. Petersburg, Russian Empire - March 29, 1907, Kharkiv, Russian Empire) - populist revolutionary, librarian. She was a member of the revolutionary circle of Orest Gabel, whose leader she married. She voluntarily followed her husband to Siberia, where he was exiled. She took part in the library life of Kharkiv, corresponded with writers on the topic of filling the funds of the Kharkiv Public Library. An acquaintance of the artist Ilya Repin, who painted her portrait. Mother of chemist Yuri Gabel and literary critic Margarita Gabel.

Augustina Sinkevych was born on August 30, 1853 in St. Petersburg in the family of a Russian Pole, titular adviser to Stanislaw Vikentiyovych Sinkevych. At an early age she was orphaned and raised in the family of her older sister Elena and her husband, dentist Samuel Linbeck. She received her primary education at the Vasileostrov Women's Gymnasium, which she graduated from in 1869. She gave private lessons. In the mid-1870s, together with Sophia Smithten, she organized a shoemaking workshop on Post Office Street on a cooperative basis. The workshop hosted a meeting at which Mikhail Ovchinnikov led the revolutionary propaganda. It was here that the ideas of populism were introduced to the Finnish worker Johann Pelkonen, later one of the participants in the "Great Process". In 1874 she was under secret surveillance, living with relatives in Kharkiv. In Kharkov, Augustine met the populist Porphyry Voynaralsky, promoted revolutionary ideas, particularly among students. She became a participant in the march in the vicinity of Chuguev. Researcher Sofia Sholomova suggested that Augustine was provided with some financial assistance by Chuguev's native artist Ilya Repin, whom she had known since she was young. Returning to the capital, she met a student Orest Gabel. He often visited her home as a tutor to Samuel Linbeck's nephew. Bringing closer on the basis of the populist worldview, Augustyna Sinkevych and Orest Gabel were married in 1875. In the same year, they traveled to Bosnia and Herzegovina to take part in an anti-Turkish uprising, but