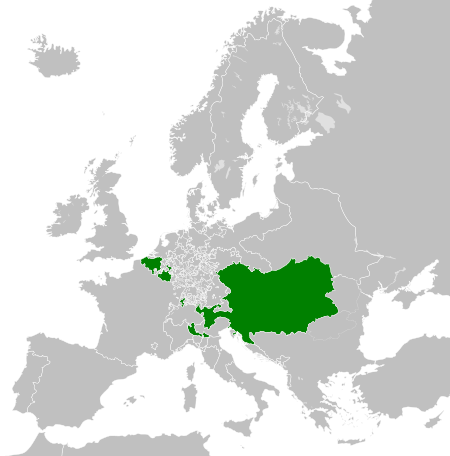 The Habsburg Monarchy, the Habsburg Empire, or the Austrian Monarchy is the unofficial name of the territories that were under the rule of the Austrian branch of the Habsburg dynasty in 1200–1918. The term is usually used to refer to the period from 1526, when the Austrian Archduke Ferdinand I annexed the lands of the Czech Crown and Hungary, to 1804, when the Austrian Empire was established. Until 1804, the territories under Habsburg rule did not have a common official name. The term "Habsburg monarchy" is also used in a broader sense to refer to the period from 1276 (Austria's transition to Habsburg rule) to 1918 (the break-up of Austria-Hungary). The name "Habsburg Empire" is also widely used to denote a community of state associations that were under the rule of the Holy Roman Emperor Charles V of Habsburg, including Spain, the Spanish Netherlands, Franche-Comté, Lombardy, the Neapolitan Empire and the Kingdom of Naples, the Kingdom of Naples, .