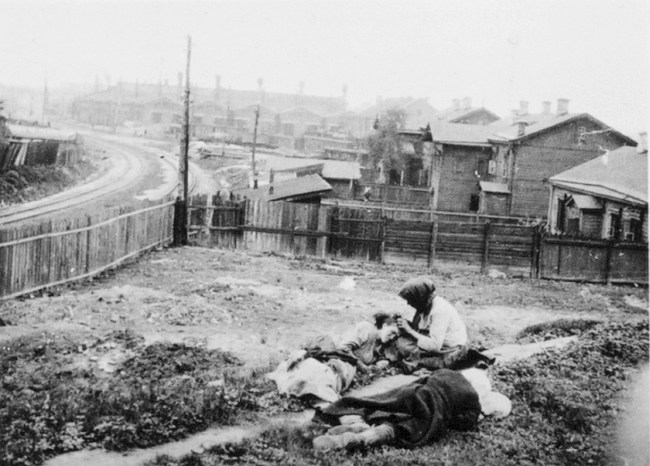 The Holodomor of 1932-1933 was an act of genocide of the Ukrainian people, organized by the leadership of the CPSU (B.) And the government of the USSR in 1932-1933 by creating an artificial mass famine. Famine killings took place in Ukraine and the Kuban both before 1933 and in 1932. The only difference is the scale of the crime. If in 1932 hundreds of thousands of people were murdered by famine, in 1933 the number was in the millions. However, both in 1932 and in 1933 in Ukraine and the Kuban, in contrast to other regions of the USSR, where many people also died of starvation, the famine was an act of genocide because it was deliberately directed against the Ukrainian nation as such. The number of people who died of starvation was estimated by some historians at 3.941 million in rural areas in the Ukrainian SSR and Kuban, the vast majority of whom were Ukrainians, and the death toll was 6.122 million. ) on the territory of the Ukrainian SSR and three million Ukrainians outside it - in the Kuban, North Caucasus, Lower Volga, Kazakhstan). The Holodomor was caused by the conscious and purposeful measures of the top leadership of the Soviet Union and the Ukrainian SSR, led by Stalin, aimed at suppressing the Ukrainian national liberation movement and the physical destruction of some Ukrainian peasants. The planned confiscation of grain and all other foodstuffs from peasants by the Soviet authorities during the Holodomor of 1932-33 directly led to the killing of peasants by millions of hunger, with the Soviet government having significant reserves of grain in reserves and exporting it abroad during the Holodomor. banned and blocked the departure of the starving outside the Ukrainian SSR, refused to accept aid for the starving from abroad. Despite the fact that the actions of the Stalinist authorities, which caused the death of people by starvation, were classified under the norms of the then Soviet criminal law as murder, the causes of this mass crime were never investigated in the USSR and none of the authorities involved in the crime was punished. that even the top leadership of the USSR knew about the deaths of people