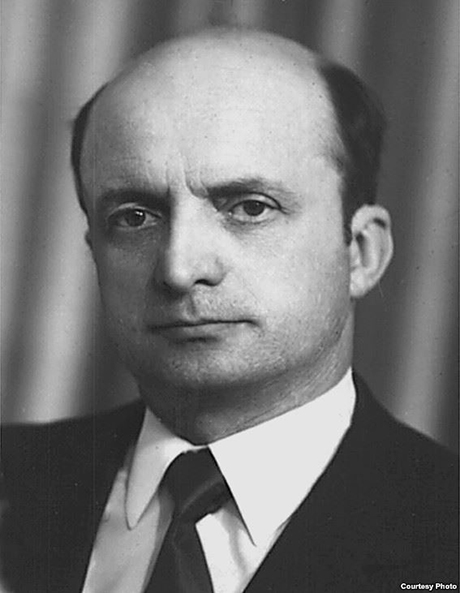 Yevhen Stepanovych Hrytsiak (August 14, 1926, Stetseva, now Sniatyn District, Ivano-Frankivsk Oblast; May 14, 2017) was a member of the OUN youth organization and one of the leaders of the 1953 Norilsk camp uprising. Portrait photographer. He had a general secondary education. According to Yevhen Hrytsiak, his worldview was formed from childhood under the influence of his family. Member of the Taras Shevchenko All-Ukrainian Enlightenment Society.

He was born on August 9, 1926 in the village of Stetseva, Sniatyn County, Stanisław Voivodeship (now Sniatyn District, Ivano-Frankivsk Oblast, Ukraine).

Before the Second World War he graduated from Stetsivska incomplete secondary school, and during the German occupation he was a student of the secondary trade school (Sniatyn). It was then, at the age of 16-17, that he became a member of the OUN Youth Network (Organization of Ukrainian Nationalists), which prepared young people for the struggle against the German occupiers. Therefore, without feeling any guilt, he did not flee his native land before the Red Army. In July 1944 he was mobilized, was a soldier of the 4th Ukrainian Front, wounded in battle. On May 1, 1945, he distinguished himself during the battle near the village of Wyszkowice and on June 12, 1945, he was awarded the Medal for Courage. In August 1945 he was awarded the medal "For Victory over Germany in the Great Patriotic War of 1941-1945."

In 1949, Soviet intelligence uncovered Hrytsiak's past, he was arrested and on December 12, 1949, sentenced to death, which was commuted to 25 years in prison. He was punished in Zhezkazgan, Norilsk, Vladimir Prison, Taishet Highway, Irkutsk Prison, Inta and Mordovia. In the Gulag camps, Hrytsiak constantly and actively opposed the arbitrariness of the camp and prison administration, for which he received 42 disciplinary sentences and three of them - 1 year in prison. Or, the most dramatic was the stay of Yevhen Hrytsiak in the Norilsk camps. Already in the spring of 1952, when Yevhen Hrytsiak was still in the Karaganda camp (Kazakhstan), he had the idea of ​​an all-Gulag strike, but he understood that complete isolation of people, and most importantly pervasive fear and exhaustion of prisoners, make this idea impossible, and decided to hold such a�