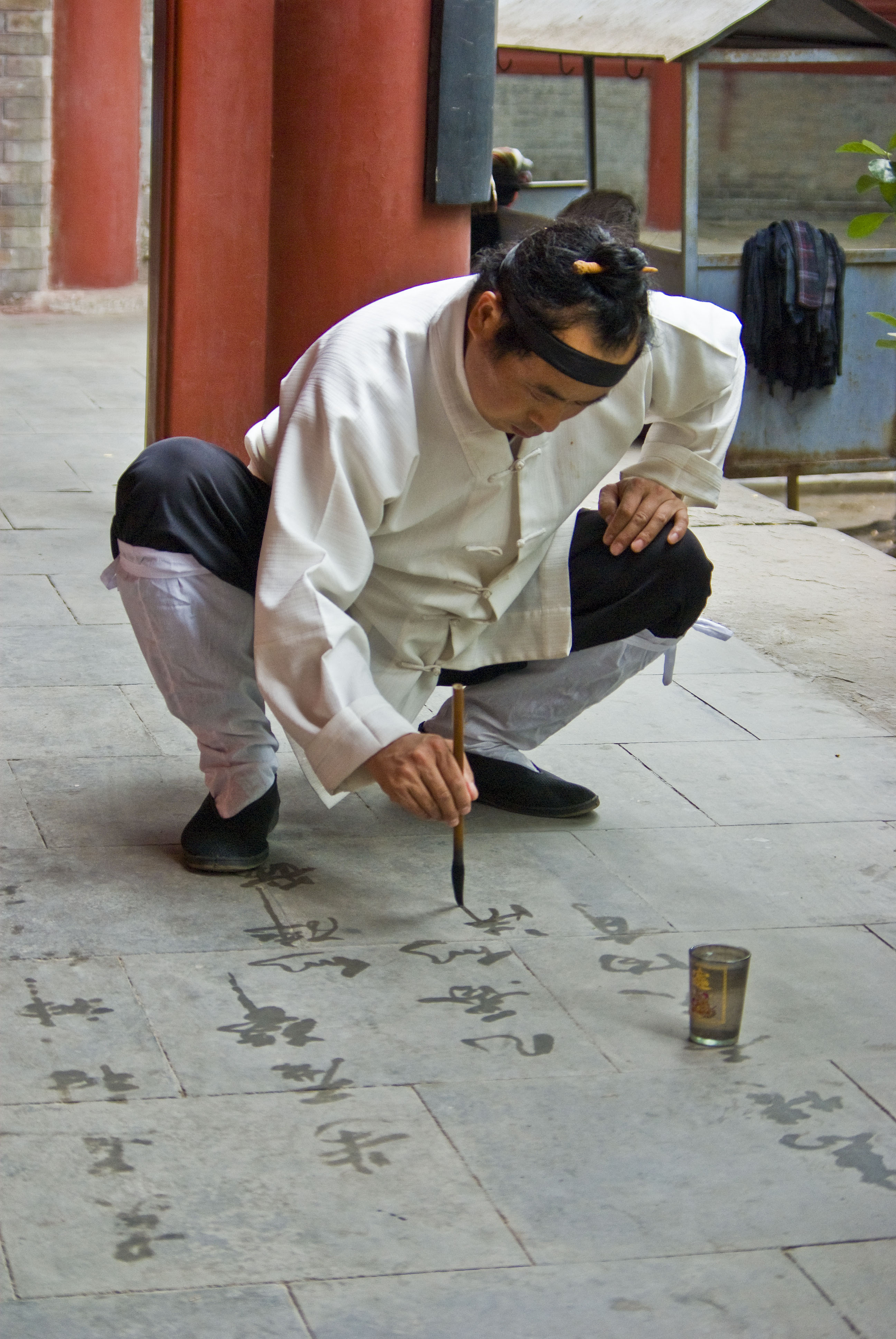 Dishu, water calligraphy (地书, literally writing on the ground or street calligraphy) is a ritual Chinese calligraphy with water on stone, in which the writing disappears after a while. It is also a popular, widespread, environmentally friendly, convenient and economical way to learn Chinese calligraphy in China. In Beijing, Shanghai, Xi'an, Hangzhou, Suzhou and many other cities, it is widely available in many parks throughout the day.

Disha, like the sand mandala, is used in Taoist monasteries to reveal the ephemeral nature of reality. In public parks, the participants are mostly pensioners, elderly people and children.