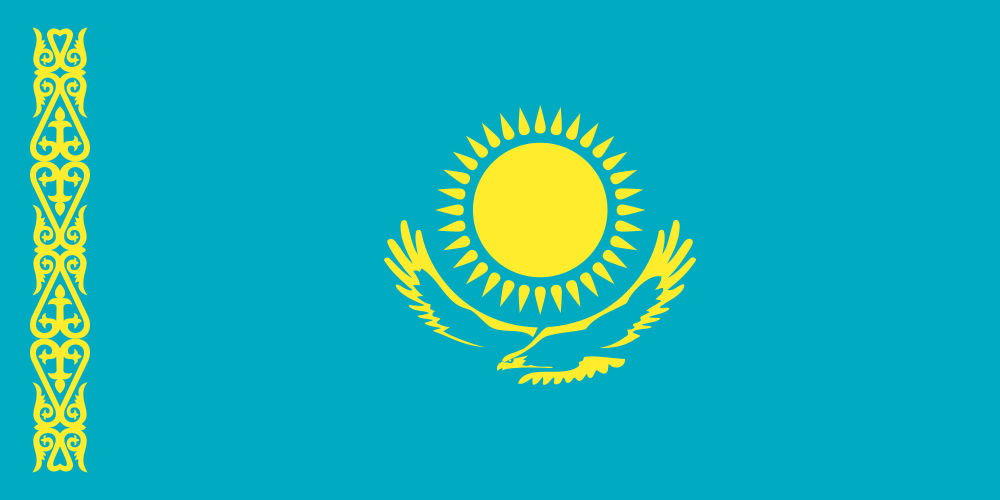 Kazakhstan (Kazakh: Kazakhstan) is the official name of the Republic of Kazakhstan. Ninth in the world by area, the largest country with no access to the world's oceans. The area is 2,727,300 square kilometers - more than Western Europe. Kazakhstan borders (clockwise from the north) with Russia - 7548.1 km, China - 1782.8 km, Kyrgyzstan 1241.6 km, Uzbekistan - 2351.4 km, Turkmenistan - 426.0 km. It is washed by the waters of the inland Caspian and Aral Seas. Although Kazakhstan does not have a common border with Mongolia, its easternmost point is located only 38 km from the western edge of Mongolia. The relief of Kazakhstan is diverse - from plains, steppes, taiga and hills to snow-capped mountains. Out of 16.6 million people (2011 estimate), Kazakhstan ranks 62nd in the world, although its density is less than 6 people / km². The country's capital was moved in 1998 from Almaty, the country's largest city, to Astana, which in 2019 was renamed Nur Sultan. Kazakhstan is divided into 14 regions and 3 cities of national importance. Economically and geographically divided into Central, Western, Eastern, Northern and Southern regions. Kazakhstan is one of the Turkic states. For most of its history, the territories of modern Kazakhstan have been inhabited by nomadic tribes. In the XVI century, the Kazakhs emerged as a separate group divided into three Zhuz. The Russians began to advance in the Kazakh steppe in the XVIII century, and by the middle of the XIX century, all of Kazakhstan went to the Russian Empire. After the Russian Revolution of 1917 and the subsequent civil war in the Republic of Kazakhstan was reorganized several times, until (1936) the Kazakh Soviet Socialist Republic was created within the USSR. Kazakhstan declared itself an independent state on December 16, 1991. Its communist leader since 1979, Nursultan Nazarbayev, became the country's first president; he held this position until March 19, 2019. President Nazarbayev maintained strict control over politics in the country. Since gaining independence, Kazakhstan has pursued a balanced foreign policy and worked for economic development, especially its oil and gas