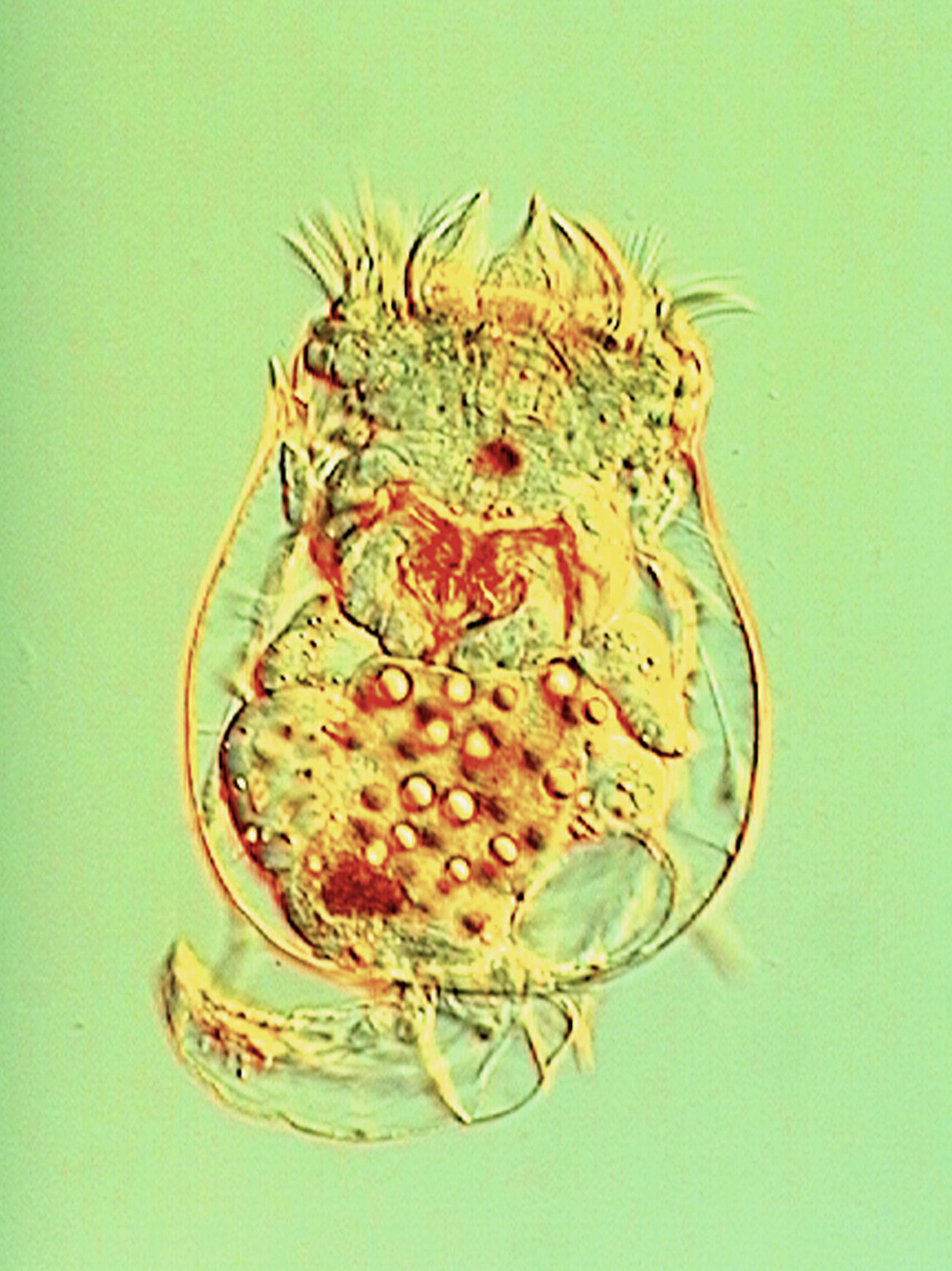 Rotifera, Rotatoria is one of the types of two-sided-symmetrical animals. The main characteristic is the presence of the so -called ovary apparatus - ciliary formation at the anterior end of the body, which is used for feeding and movement. There are about 2000 species of colverts. Basically these are freshwater inhabitants, but some are found in the sea and wet soils. The vast majority of the colverts are free, but known and attached forms. The size of the collate is not exceeding 2 mm. This type includes Ascomorpha Minima, the smallest multicellular animal, which is about 40 microns. Due to the small size of the tissue, they often become syncytic. The type as a whole is characterized by evtelia (constancy of cellular composition). Some colverts can fall into cryptobiosis.

At the front end of the body is a surrounding apparatus. It in a simple version consists of two wreaths of the eyelashes (trohus (anterior) and zingulum (posterior)) and the military field between them. The main department can be involved with the help of special retractor muscles. The torso contains most of the internal organs. At its end, above the base of the leg is the hole of the cloaca. The leg is a muscular body growth that allows the colverts to move. At the end of the leg is a pair of "fingers", at the heart of which the cementing glands open: thus, with their help the animal can attach to the substrate.

The covers are represented by syncythy, on the periphery of which is a terminal network of actin -shaped filaments. On the surface is a layer of glycocalyx, which can sometimes reach a considerable thickness. The syncy is a basal plate under which the primary body cavity is located. The skin-muscle sac in the collate is absent, there are separate, preferably cross-striated, muscle fibers.

The mouth hole is located on the abdominal side between the whisk of the eyelashes of the ovary apparatus. It leads into the oral cavity and then into the muscular pharynx (mastax) with a chewing apparatus characteristic of the colverts formed by "teeth" of polysaccharides (in predatory forms they can be pushed). The pharynx opens the salivary glands. Behind the pharynx follows