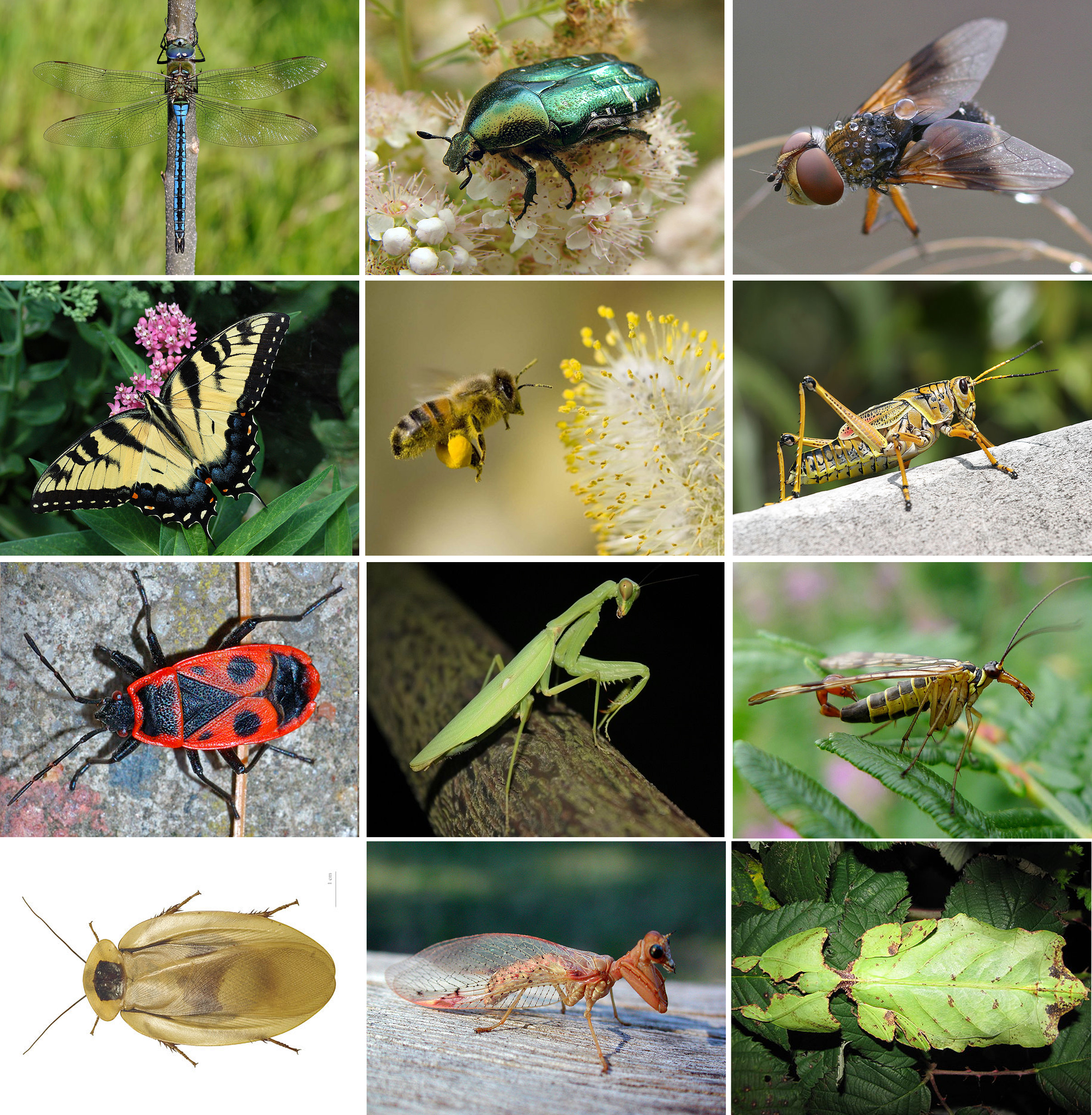 Insecta (Insecta) is a class of arthropods from the tracheinos subtype. The most numerous and diverse class in the entire animal kingdom: as of August 2013, there were 1,070,781 known species of insects, including 17,203 fossil species; however, scientists suggest that the total number of existing insect species ranges from about 2 million to 5-6 and even 8 million species. The list of insects included in the Red Book of Ukraine includes 226 species. The science of entomology studies insects.

Insects - widespread on all land, including Antarctica, animals from 0.2 mm to 64 cm long (the stickleback Phryganistria chinensis Zhao). The body of insects consists of three parts (tagm) — the head, thorax and abdomen, each of which consists of segments (head segments are fused) and is covered with chitinized covers. On the head there is a pair of articulated antennae (antennae), oral appendages, organs of vision. 3 pairs of articulated legs and 1-2 pairs of wings are attached to the chest. At the end of the abdomen there are genital and tail appendages (cerci), sometimes a sting. Excretory organs are mainly Malpighian vessels. The circulatory system is not closed. The function of the heart is performed by the spinal vessel, and the function of blood is performed by hemolymph. The respiratory organs are tracheas (gill-trachea in aquatic animals) that open to the outside with spiracles. Sense organs are very diverse, the basis of the structure of many of them are the so-called sensilla, scattered over different parts of the body singly or gathered in large clusters. There are organs of vision - faceted eyes and simple eyes, hearing - tympanic apparatus, touch - sensory hairs, smell - pits and hairs, balance - chordotonal apparatus, etc. Almost all insects have separate sexes. Development takes place with (transformation), which is complete (when the larva differs sharply from the adult (imago) and turns into a pupa from which an adult insect emerges), or incomplete (the larva that emerged from the egg has an appearance close to the imago, there is no pupal stage). 1-3 million species are known, distributed from Antarctica to 84° north latitude. Most insects are terrestrial animals, many species live in the ground, some in fresh water, some in the seas. Most types of insects are phytophages, there are omnivores (cockroaches), predators (they eat other insects, mollusks, worms, etc.), coprophages (dung beetles), bloodsuckers (co