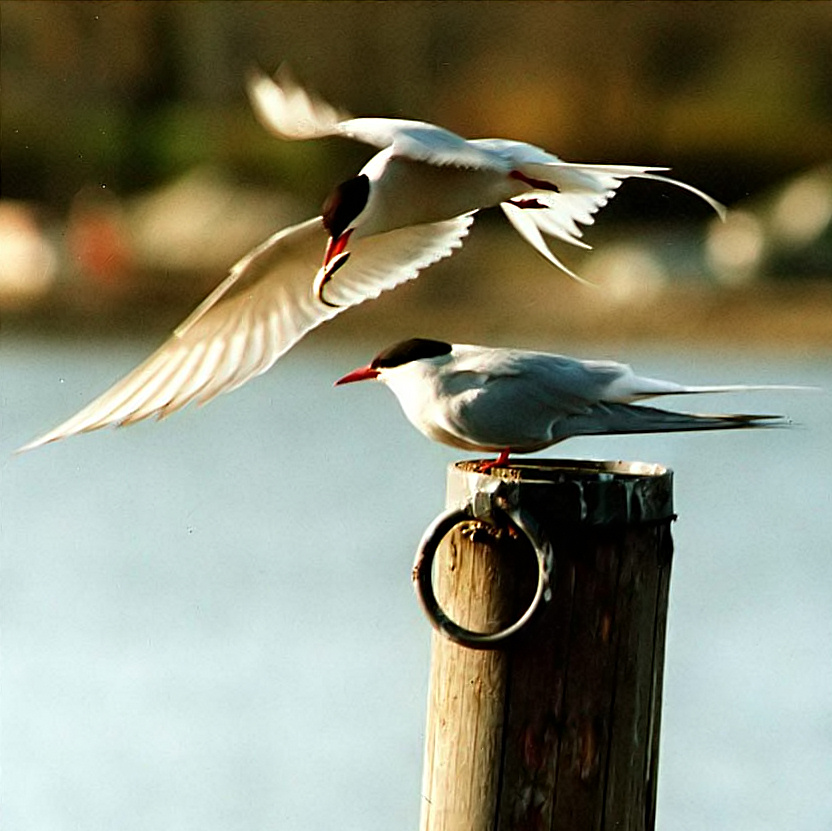 Polar tern (Sterna paradisaea) is a sea bird of the tern family (Sternidae). This bird has a polar range, nests mainly in the Arctic and subarctic regions of Europe, Asia and North America (south of Brittany and Massachusetts). In Ukraine, a rare migratory bird. The species makes very long migrations, as a result of which it meets summer twice a year - over the Arctic and Antarctic, traveling a distance of about 40 thousand km, and some even about 90 thousand km. This is the longest route of regular migration among all known animals. Polar terns have a body of medium size, up to 33-35 cm in length and a wingspan of 80-95 cm. The plumage is mostly gray and white, the beak and legs are red, the crown is black, the forehead, cheeks and neck are white. The upper side of the wings is gray, the leading edge is white. The forked forked tail is whitish, with a gray rim. Polar terns live quite a long time, living in nature for up to 20 years. They feed mainly on fish and small marine invertebrates. The species is quite common, the total number is estimated at one million individuals. Although the history of numbers is unknown, human activity has significantly reduced the number of birds in the south of the nesting area. The Arctic tern lives in the Arctic only in summer - when the Arctic Circle is a polar day and the sun does not set. In late summer, the bird flies south, but does not stop in warm countries, and travels 20 thousand km to Antarctica, where summer begins and the polar day. See also 8769 Arctic Tern is an asteroid named after this species of bird (English name Arctic Tern).