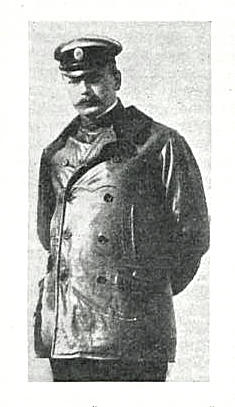 He was born into the family of a burgher, an employee of a sugar factory. His father was Makiev Dmitrievich Matsievich (1850-1928), an accountant and later manager of the Oleksandrivka sugar factory, which was leased by the Yakhnenko and Symyrenko brothers' trading house. Mother - Tetyana Fedorivna Pidhayetska, daughter of the priest of the village parish of the Kyiv diocese. There were 7 children in the Matsievich family. Until the 1960s, only L. Matsievich's younger sister, Oksana Makarivna, survived (she worked as a teacher in Oboyan and Kharkiv for a long time). Until recently, the daughter of the youngest brother, Yevhen Makarovych, Tetiana (1924-2013) and her sons Yuri (* 1954) and Serhiy (* 1960) Sakhna (all live in Kyiv) were descendants of the Matsievich family. Wife - Alexandra. After the death of Lev Makarovich she remarried, after 1917 she emigrated with her daughter to France. Their further fate is unknown.

1886–1895 - studied at the 3rd Kyiv Gymnasium in Podil, where he showed a penchant for mathematics, physics, chemistry, foreign languages ​​and classical literature. He graduated from high school with only good and excellent grades. 1895 - entered the mechanical department of the Kharkiv Institute of Technology. During his studies he was a member of the Kharkiv Ukrainian Student Community, which published and distributed books in his native language. Among his friends at the time was, in particular, Hnat Khotkevych. At that time, Matsievych demonstratively switched to the Ukrainian language, speaking and corresponding in it not only among like-minded people, as most Ukrainophiles did at the time, but also in the family circle, actively involving relatives in Ukrainian culture. His sisters (seniors Melitina and Oleksandra and junior Oksana) formed the basis of the "Ukrainian women's community" and were part of the amateur Ukrainian theater in Kharkiv, under the direction of