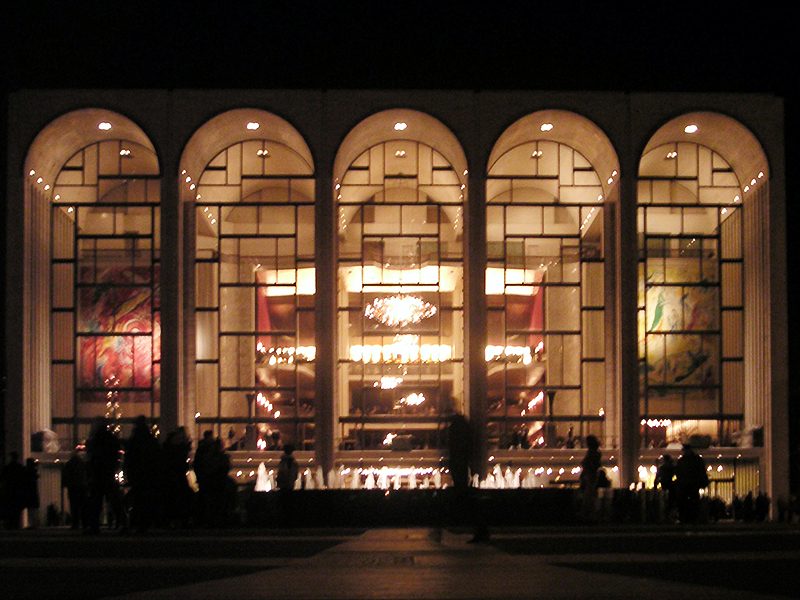 The Metropolitan Opera is a leading theater in the United States, one of the centers of world musical culture. Opened in New York in 1883 at the expense of the Metropolitan Gauss Company (architect J.-C. Cady). The first performance of the theater was the opera "Faust" by Charles Gounod, which took place on October 22 of that year. The Metropolitan Opera is the only permanent opera house in the United States. The choir, orchestra and auxiliary groups are stable. Soloists and conductors are invited to seasons or to certain performances. Since 1910, operas have been performed in the original language. Since 1966 he has been working in a new building at the Lincoln Center for Performing Arts. Ukrainian singers Bela Rudenko, Anatoliy Solovyanenko, Inna Burska, Andriy Dobryansky, Ivanna Myhal, Lyudmyla Monastyrska and others performed at the theater. Vladislav Klekh was the artist of the theater World conductors such as Bernstein, Walter, Karajan, Leinsdorf, Mitropoulos, Stokovsky, Gergiev and others also performed on the stage of the Metropolitan Opera. James Levine has been the permanent conductor since 1975. The following famous singers also had the opportunity to sing on the stage of the Metropolitan Opera: Albani, Sembrich, Eames, Melba, Galli-Curci, Destinova, Gilli, Melchior, Pinza, Ruffo, Tibbet, Flagstat, Varney, Stiber, Tucker, Bastianini, Gobb , Gedda, Gyaurov, Del Monaco, Domingo, Caballe, London, Nilsson, Pavarotti, Price, Sutherland, Sils, Scotto, Tebaldi, Schwarzkopf, Lytvyn, Chaliapin, Vishnevskaya, Biesu, Gorchakova, Borodino, Lfer, Raufu Netrebko, Hvorostovsky, Lily Chukasyan. Among the most famous productions are: Puccini's "Girl from the East", "Turandot", a series of one-act operas "Triptych", Granados' opera "Goieski", Berg's opera "Wojciech", Mozart's opera "The Magic Flute", Berlioz's opera "Trojans", Massenet's opera Manon Lescaut and others. The theater hosted premieres of performances by American composers Barber, Glass, D. Coligriano. The theater was run by the following prominent figures: From 1908-35 the director was Gatti-Cossack In 1908-15 Arturo Toscanini held the position of artistic director 1950-72 Head of Bing In 1975-85 the director was E. Bliss Since 1990, Volpe has held the position of director From 1972-75 director Kubelik Since 1975, director James Levine

The Metropolitan Opera Company was founded in 1880