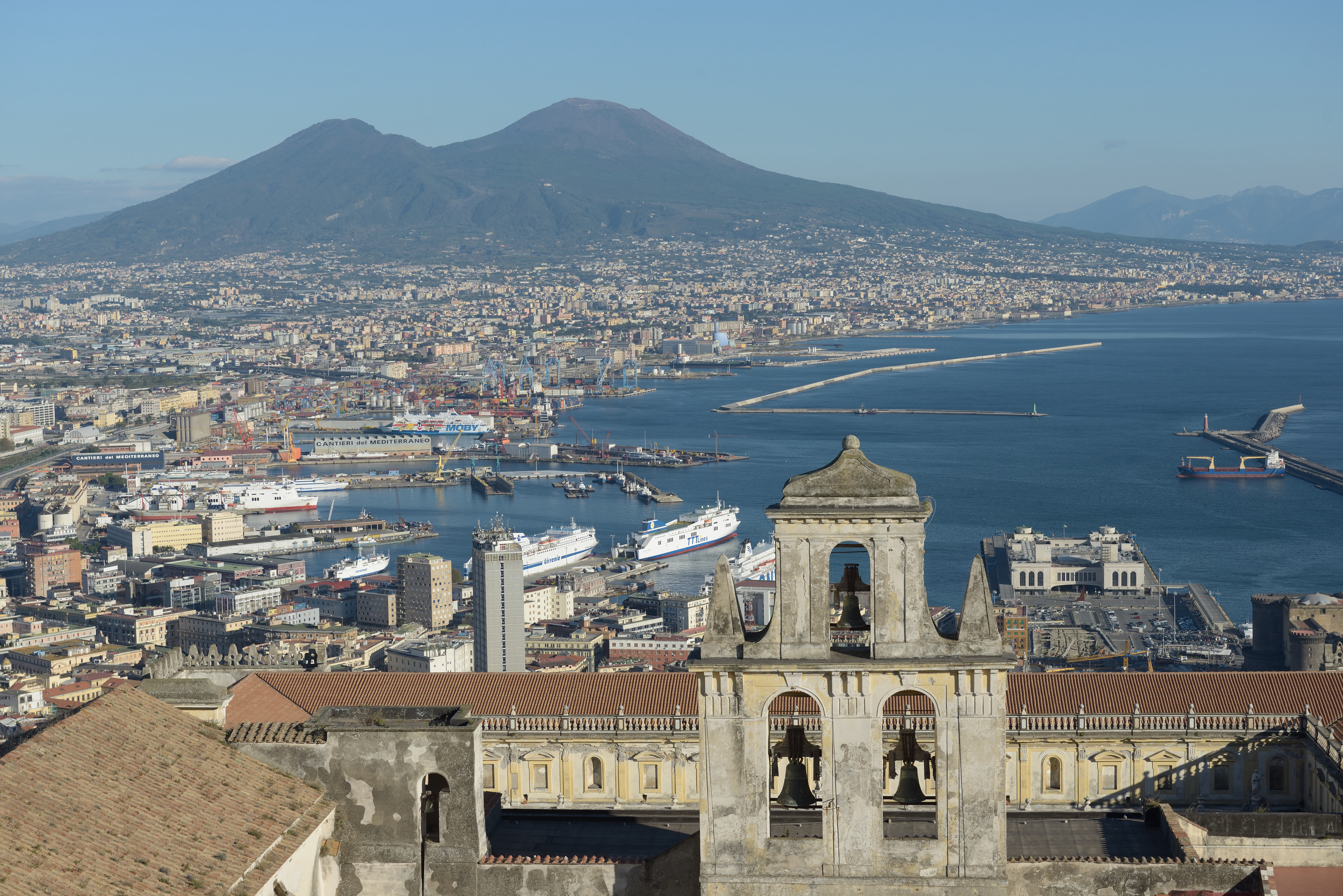 Naples (Italian: Napoli, Neap: Nàpule, from Greek: Νεάπολη <Νέα Πόλις - "new city", Sic. Nàpuli) is a city in Italy, the center of the Campania region. Naples is located about 190 km southeast of Rome. The population is 978,399 people (2014). It ranks third in Italy after Rome and Milan. The annual festival takes place on September 19. The patron saint is Saint January. The city is located between two areas of volcanic activity: Mount Vesuvius in the east and Flegrei Fields in the northwest. The last eruption of Vesuvius occurred in 1944. In 1980, an earthquake damaged Naples and its suburbs, and since then the city of Pozzuoli has suffered from bradism (a phenomenon associated with the lowering or rising of the earth).

Naples was founded by Greek settlers (immigrants from the island of Rhodes) as a colony around the VIII century. BC e. The first name - Parthenobe, in honor of the Parthenope siren from Greek mythology, who lived in these places. Here sailed the ship of Odysseus, who outwitted the sirens - Parthenope did not survive the shame, and committed suicide. The first city of Parthenopeia was founded on the site of her grave. Actually Naples was founded later, around the V century. BC BC near the Parthenope, which later became known as Palepolis [old town]. Subsequently, it fell under the possession of the Roman Empire. In 476, the last Roman emperor, Romulus Augustulus, was imprisoned in the fortress of Castel del Ovo. In the VI century Naples was conquered by the Byzantine Empire, during the attempt of Justinian I to restore the former Roman Empire. In 1039, Naples was looted by the Normans. They later annexed Naples to the Kingdom of Sicily. In 1224, the University of Naples was founded - one of the first universities in Europe. In 1266, during the reign of Charles of Anjou, Naples became the capital of the Kingdom of Sicily instead of Palermo. In the seventeenth century, Naples had a population of 300,000, making it the second most populous city in Europe after Paris. In 1860, Naples, along with the rest of southern Italy, was annexed to a single Italian state. This happened as a result of the referendum. Demographics Population by years: About 4.5 million people live in the suburbs of Naples. Template: UNESCO As of December 31