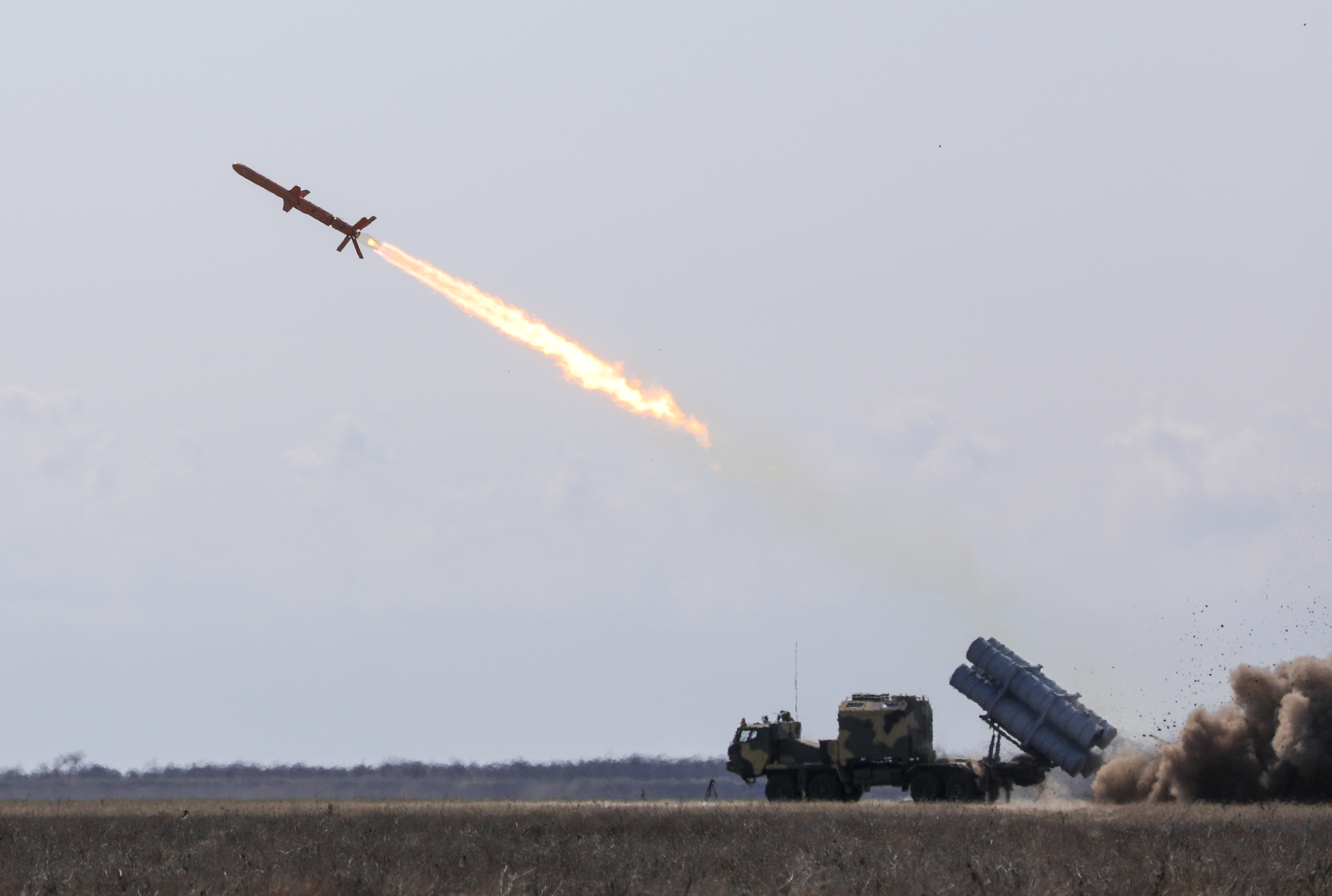 R-360 "Neptune" is a Ukrainian anti-ship cruise missile. Developed at the Kyiv design bureau Luch in 2010-2020. In 2020, the coastal complex RK-360MTs "Neptune" on the basis of a missile was adopted by the Armed Forces of Ukraine. The missile is designed to destroy ships with a displacement of up to 5,000 tons and has a warhead weighing 150 kg. Missile range - up to 280 km. The rocket has a subsonic speed (900 km / h) and flies at very low altitudes - a few meters above sea level. The missile can maneuver during flight. The missile can be used from three platforms: ship, ground and air base. In 2019, a ground complex was built - RK-360MTs, which includes several machines: command post, launcher, transport and charging machine, etc. As a ship platform for missiles, boats of the "Doe" type were initially considered, but from 2018 - boats of the "Vespa" type. During the Russian large-scale invasion of Ukraine in 2022, the missile was used for the first time in combat. On April 14, 2022, a missile cruiser "Moscow", the flagship of the Black Sea Fleet of the Russian Navy, was struck by two missiles, exploding ammunition, as a result of which the cruiser sank. [⇨]

The development of an anti-ship missile at the Luch Design Bureau began in 2010. This was the initiative of Oleg Korostelev, general designer and general director of KB "Ray". At that time, such projects were considered inappropriate for the state, in part due to lack of funds for defense needs. This information was made public only in 2022 by Defense Express. In 2012, the state opened research and development work on the Neptune project. Defense Express observers called President Viktor Yanukovych's motives for this move unclear, as Yanukovych was known for trying to ruin Ukraine's defense-industrial complex under the Kremlin's leadership.

After Russia's capture of Crimea in 2014, the Ukrainian Navy lost its main fleet, as well as the Rubezh coastal missile systems. The potential of the Navy does not allow