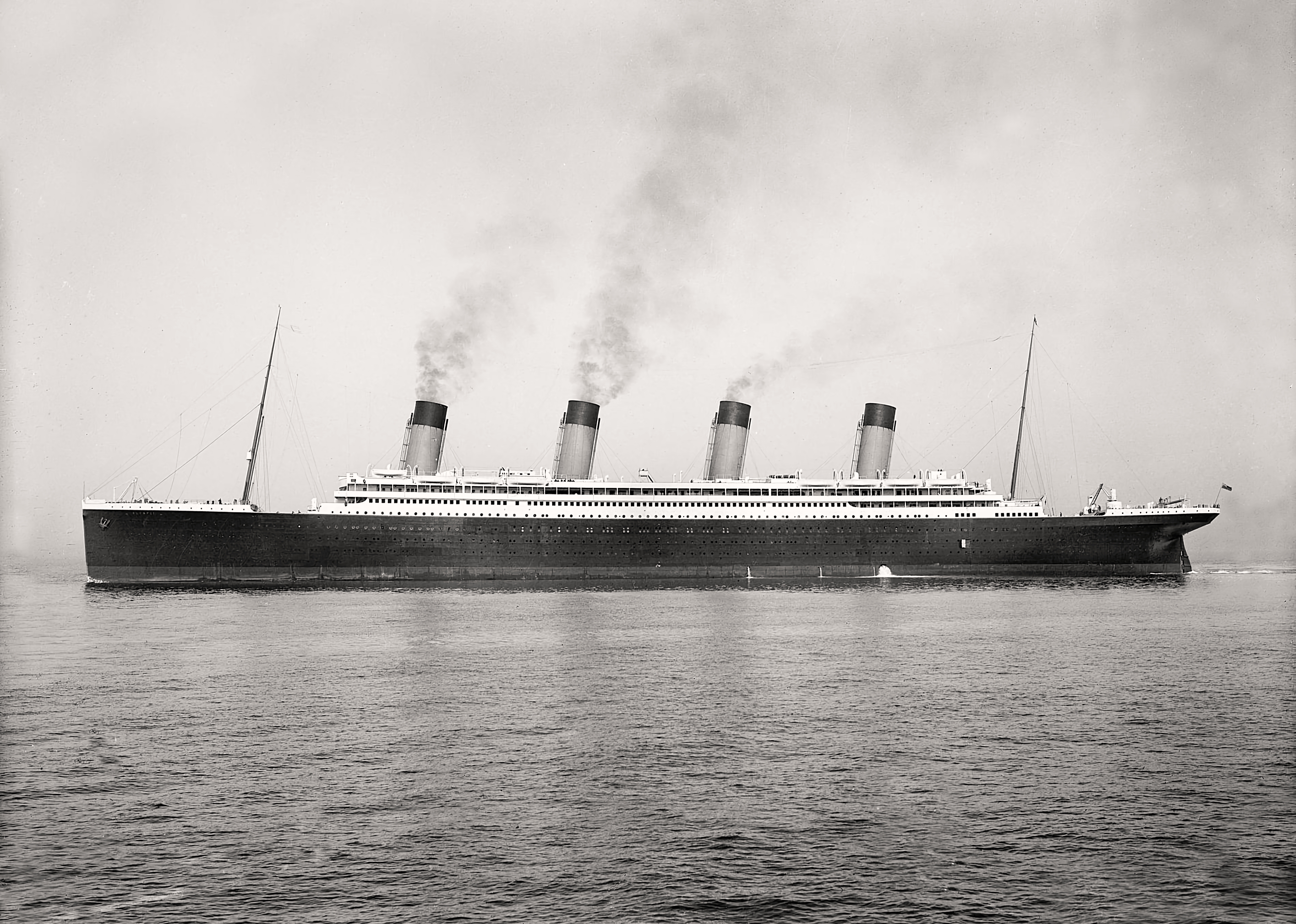 RMS Olympic is a White Star Line transatlantic liner, the first in a series of three Olympic-class liners. The other two ships were the Titanic and the Britannic. All three ships were conceived as competitors of Lusitania and Mauritania, which belonged to Cunard Line. Idea. Construction The Olympic was the first Olympic-class White Star Line. The second ship was the Titanic, and the third ship was the Giant, but after the death of the Titanic it was renamed the Britannic. All three liners were much larger and more luxurious than Kunard's "hounds" - "Lusitania" and "Mauritania", but noticeably slower. White Star Line decided to outperform its competitors not in terms of speed, but in terms of comfort. Although all three ships went down in history as four-pipe, they were planned to be made with three pipes, but to give the ship a more aesthetic appearance, a fourth, false, pipe was installed. The Olympic Circle was founded in December 1908, and on October 20, 1910, the Olympic was launched. The body of the liner was painted white to look better in the photo, because "Olympic" was the main element in the advertising campaign. After launching, the body was repainted in black.

The first voyage of the "Olympic" took place on June 14, 1911. The trip was without incident and was even very successful. The ship was traveling at an average speed of 21.7 knots with a coal consumption of 650 tons per day (for comparison: "hounds" Kunard spent 1000 tons per day). Over time, passengers began to complain about the bad weather, as the promenade on deck A was completely open, causing passengers to be flooded with a storm. It was decided to glaze the front of deck A on the Titanic. This is the main difference between the ships.

Collision with the Hawk cruiser

On September 20, 1911, the Olympic marched along the fairway from Southampton to the Isle of Wight to return to Cape Egypt, cross the Speedhead Raid, and complete another flight across the Atlantic. The officers of the liner knew the fairway well, but caution had not prevented anyone. They took places to observe: Captain Wilde's assistant was on the bow, the first officer Murdoch was at the stern, the second officer was in the crow's nest of the jib mast. The captain of the liner, Smith, was standing nearby