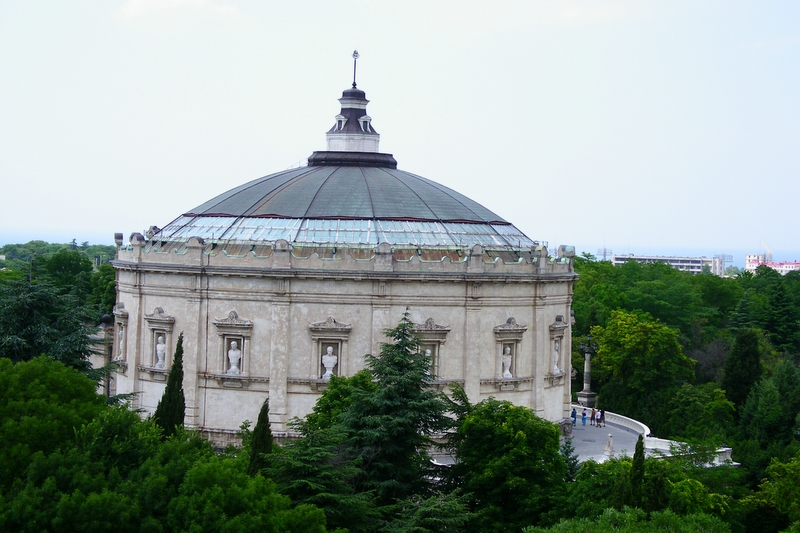 In the middle of the XIX century the fate of the Crimean War was decided near the walls of Sevastopol. Britain and France tried to oust Russia from the Balkan Peninsula and the Black Sea basin. For eleven long months the select forces of the enemy, having a numerical advantage and an advantage in armament, stood at the walls of Sevastopol. In March 1856, the Treaty of Paris was concluded, which did not bring complete victory to any of the warring parties. However, in exchange for the return of Sevastopol, the Russian Empire was forced to return Kars to the Ottoman Empire, cede the mouth of the Danube and part of southern Bessarabia to the Moldavian principality, and renounce the protectorate over Wallachia, the Principality of Serbia and the Principality of Moldova. Russia also lost the right to have a navy, fortresses and coastal arsenals in the Black Sea.

The author of the panorama, the founder of Russian panoramic art, professor of battle painting at the St. Petersburg Academy of Arts Franz Rubo based the work on the brightest episode of the Sevastopol epic - the battle of Malakhov Mound June 6, 1855. On this day -French troops. FA Rubo considered the people to be the protagonists of the battle, and he saw his main task in glorifying his feat. The artist began work on the panorama in 1901. Arriving in Sevastopol, he studied historical documents, got acquainted with the battlefields, talked to participants and eyewitnesses of the events, and then in St. Petersburg created a sketch of the picture. A huge painting (14 m × 115 m) was painted in Munich with the help of artists from Schengen, Merte, Frosch and 20 students of the Bavarian Academy of Arts. At the same time, work was carried out on the creation of a full-scale plan