Air Force of the Third Reich 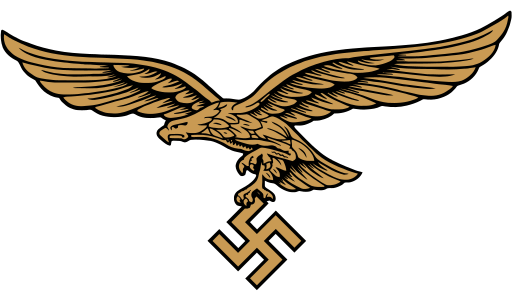 The Air Force of the Third Reich or Luftwaffe (Wehrmacht) is an air force, a type of the Armed Forces of the Third Reich, which existed from 1933 to 1945 in Nazi Germany. Intended for air warfare, air reconnaissance of enemy groups, ensuring dominance in the air, protection from air strikes of important military and economic areas (objects) of the country and groups of Wehrmacht ground forces and important Kriegsmarine objects, the task of destroying objects the enemy, which form the basis of its military and military-economic potential, air support of the Land Forces and Navy, airborne landings, transportation of troops and material assets by air.

Since the beginning of the Great War, the German Imperial Air Service, founded in 1910, has been active at the front from the very beginning, making a significant contribution to the victories of the Kaiser's army. Due to the positional nature of the war on the fronts, especially on the Western Front, when the fronts did not move for years, much attention was paid to the events of the air war that unfolded over the heads of all soldiers, as it gave the world such aces as Manfred von Richthofen, Ernst Udet , Oswald Belke and Max Immelman. However, the war ended in the complete defeat of Kaiser's Germany, and under the Treaty of Versailles of May 8, 1920, all German military aircraft were disbanded, all military aircraft were destroyed, and any activities aimed at reviving the air force were strictly prohibited. However, despite the bondage demands of the Peace of Versailles, German pilots continued to train secretly. Initially, pilots used their own civil aviation schools, where only light training aircraft could be used to maintain conditional piloting skills, provided that future pilots would fly exclusively on civil airlines, such as Deutsche Luft Hansa. For the first time, there were no conditions for combat pilots to acquire practical skills in operations on fighters, bombers, etc. Under strict prohibition in Germany was also, within the imposed