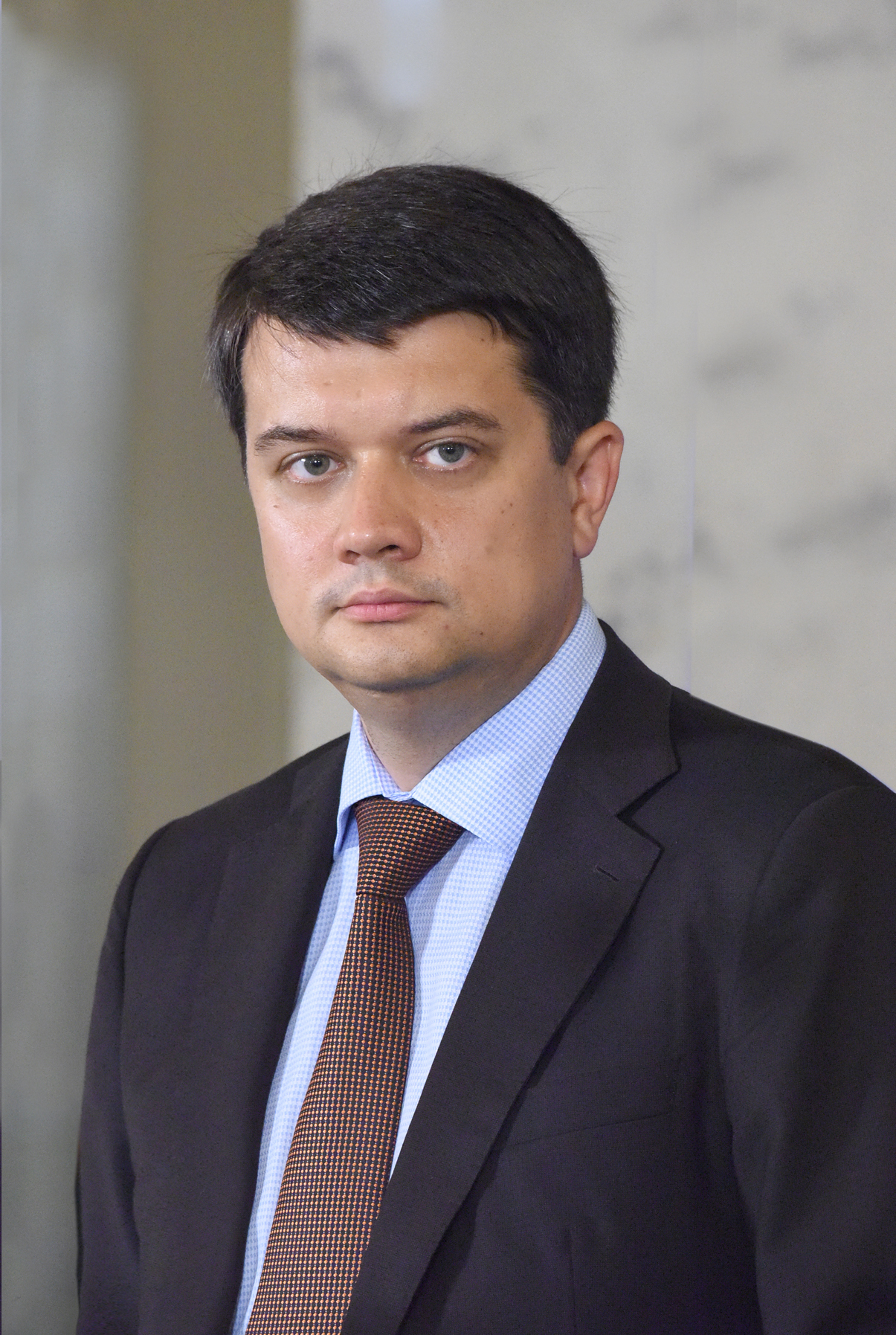 Dmytro Oleksandrovych Razumkov (born October 8, 1983 in Berdychiv, Zhytomyr Oblast, Ukrainian SSR) is a Ukrainian statesman and politician. Former Chairman of the Verkhovna Rada of the IX convocation from August 29, 2019 to October 7, 2021. Former member of the National Security and Defense Council of Ukraine (NSDC) from September 6, 2019 to October 14, 2021. During his election as Chairman of the Parliament, he received the largest support of people's deputies during the existence of the Verkhovna Rada of Ukraine: 382 parliamentarians voted for his candidacy. Chairman of the "Servant of the People" party (May 27 - November 10, 2019).

He was born on October 8, 1983, in Berdychiv, Zhytomyr Oblast, to Komsomol activist and later politician Oleksandr Razumkov and theater actress Natalia Kudri.

1990-1998 - studied at the Berdychiv school № 3. At the age of 14 he moved to Kyiv, where from 1998 to 2001 he studied at the Kyiv lyceum № 38 them. Valeria Molchanova. In 2007 he graduated with honors from the Institute of International Relations of Kyiv National University. Shevchenko, majoring in International Economic Relations. In 2011 he graduated with honors from the National University of the State Tax Service of Ukraine with a degree in Law.