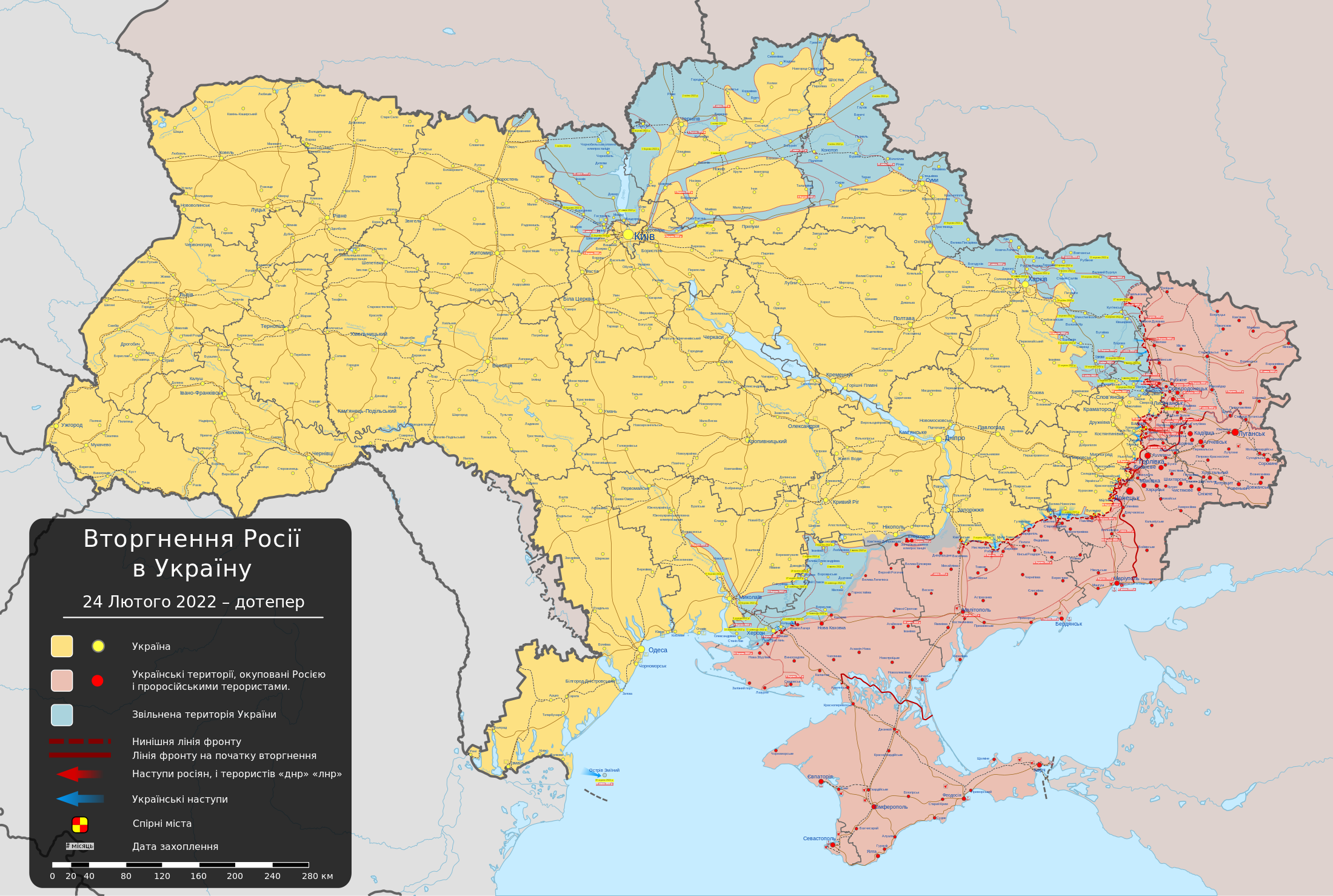 Russia's invasion of Ukraine in 2022 is an open Russian-backed military attack on Ukraine, launched at 3:40 a.m. on February 24, 2022. The invasion is part of the Russian-Ukrainian war waged by Russia in 2014, in which Russia has tried to deny participation. The media and documents view the Russian invasion of Ukraine in 2022 as Russia's aggressive war against Ukraine. In its resolution of March 2, 2022, the UN General Assembly condemned the Russian invasion of Ukraine and called it the aggression of the Russian Federation against Ukraine. February 2022, terrorist organizations on the territory of Ukraine - the so-called "DPR" and "LPR" - as state entities. Various media outlets, Western and Ukrainian politicians have repeatedly viewed the accumulation of Russian troops near the border with Ukraine since November 2021 as Russia's preparation for war with Ukraine. Russian officials have strongly denied in their statements that Russia plans or intends to attack Ukraine. Almost simultaneously, the Armed Forces of the Russian Federation began the undisguised transfer of additional troops to the occupied territories of Donetsk and Luhansk regions. At about 4 a.m. Kyiv time (UTC + 2), on February 24, Russian President Vladimir Putin announced a "special military operation" aimed at allegedly "demilitarizing and denationalizing Ukraine." Within minutes, missile strikes began throughout Ukraine, including near Kiev. Russian troops invaded Ukraine near Kharkiv, Kherson, Chernihiv, and Sumy, entering from Russia, Belarus, and the Russian-occupied Crimea. Together with Russia, Belarus is actually waging war against Ukraine: missile strikes are being carried out from the border areas on the territory of Ukraine, combat aircraft are flying to launch missile and bomb strikes on the territory of Ukraine, troops are being redeployed and provided. The Russian-controlled Transnistria (Moldova) also poses a potential threat.