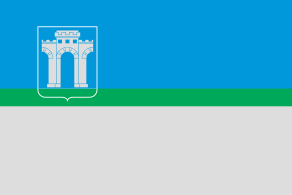 Rivne (МФА: [ˈriŭnɛ] (listen)) is a city in Ukraine, the regional center of the Rivne region, the center of the Rivne district and the Rivne community. Population: 243,873 inhabitants (January 1, 2022). Mechanical engineering, chemical (Rivne-Azot PJSC), light, food industry, peat industry. Three universities, two theaters. Historical and local history museum. Assumption wooden church (XVIII century). Known since 1283 (according to updated data from 1434). Magdeburg law since 1492. The first written mention of Rivne as a city was in 1496, in the Volyn short chronicle.

Until the XIV century. XIII century to n. e. — the first settlements on the outskirts of the city near the modern village of Barmaki V century to n. e. — settlement of the oldest farmers on the right bank of the Ustya River near the modern Basivkut Reservoir VI-IX centuries AD. e. — a settlement of early Slavs to the north of the modern village of Barmaki 10th-12th centuries — a fortress of Kyivan Rus was built near the Ustya River. 1283 — the first written mention of Rivne as one of the settlements of the Galicia-Volyn principality in the Polish chronicle "Rocznik kapituły krakowsiej". 1340 — for almost two centuries, the city, part of Volhynia, was transferred to Lithuania.

1434 - in accordance with the document of the Lithuanian prince Svidrygail (Svidrigell) Olherdovich, Rivne is transferred to the possession of the Lutsk nobles Dychki. 1461 - Ivashko Dychko sells Rivne "for 300 kips of broad Czech currency" to Prince Semen Vasyliovych Nesvytskyi, a representative of the Russian-Lithuanian Gediminovich dynasty. 1479 — after the death of Prince Nesvytskyi, Rivne became the property of his wife Maria Nesvytskyi, who began to call herself Princess Rivne. 1481 - on one of the embankment islands of the Usti River, Princess Maria built a castle made of oak logs, which was surrounded by defensive moats. 1492 - Grand Duke Casimir IV Jagiello of Lithuania