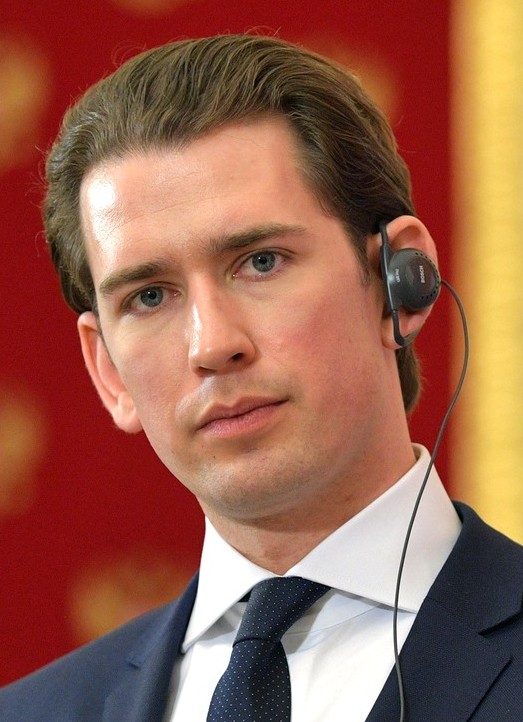 He was born on August 27, 1986 in Vienna, his mother is a teacher and his father is an engineer and grew up in the 12th district of Maidlinge, where he still lives.

I joined him. Bundesgymnasium und Bundesrealgymnasium Erlgasse 1996 and after passing his final exam in 2004, Kurz completed compulsory military service in 2004-2005. He then began studying at the Faculty of Law of the University of Vienna. When he was appointed Secretary of State for Integration in 2011, he had his 13th semester. Young politician Kurz became a member of the ANP youth branch at the age of 17, and at the age of 23 he headed its Vienna committee. In 2009 he was elected chairman of the youth branch of the Austrian People's Party. In 2010-2011 he was a member of the Vienna City Council. In April 2011, he was appointed to the newly created post of Secretary of State for Integration (part of the Federal Ministry of the Interior of Austria). In the general elections in Austria in 2013, he was elected a member of the National Council. Austrian Minister of Foreign Affairs On December 16, 2013, he became the Austrian Foreign Minister in Werner Feimann's second cabinet, whose portfolio was expanded at his request to include social integration functions. At the time of his oath, Sebastian Kurz was the youngest Austrian government minister since the founding of the republic, the youngest foreign minister in the EU and around the world. Chairman of the OSCE In 2017, he served as Chairman of the Organization for Security and Cooperation in Europe. He has repeatedly paid official visits to Ukraine. Chairman of the "new" People's Party of Austria On July 1, 2017, he was unanimously elected Chairman of the "new" People's Party of Austria, giving him unlimited powers, which have not yet been