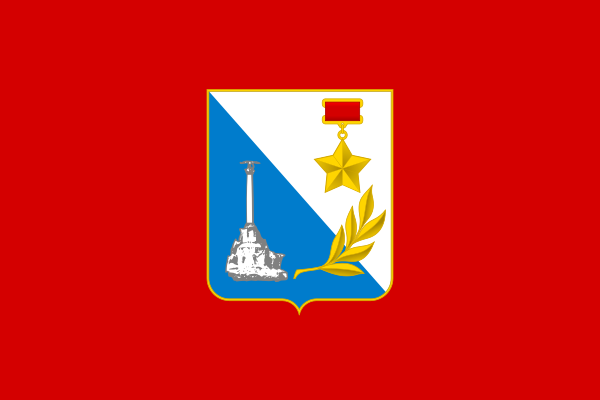 Sevastopol (Greek Σεφαστου - revered, Greek πολη - city), (Sevastopol, Crimean Aqyar; until 1783 - Akyar, in 1783-1784 and 1797-1826 - Akhtiar, ancient Greek Chersonese, ancient Russian Corsica ) Is a port city on the territory of the Crimean peninsula. It is not a part of the Autonomous Republic of Crimea, it is one of the 27 administrative regions of Ukraine. A city with a special status, located in the southwest of the Crimean peninsula, on the coast of numerous (over 30) bays of the Black Sea, the most important and largest of which is Sevastopol, where the main naval base and major ports are located. The waters of the Black Sea are washed from the west and south. All three ridges of the Crimean Mountains originate in the region: Outer, Inner and Main. Since March 2014, the city has been temporarily under Russian illegal military occupation, which is fully confirmed by the UN General Assembly Resolution on Support for Ukraine's Territorial Integrity.

The total area of ​​the city is 1,079 km2, while the waters of inland sea bays occupy 216 km2. The city is located in the southwestern part of the Crimea on the Herakleian Peninsula. The territory of the Sevastopol City Council borders on the administrative units of the Autonomous Republic of Crimea - in the northeast with the Bakhchisaray district, and in the southeast - with the territory of the Yalta City Council; the total length of land borders is 106 km. In the west and south, the territory subordinated to the Sevastopol City Council is bounded by the Black Sea coastline, the total length of which is 152 km. The extreme points are: in the north - Cape Lukul, in the south - Cape Sarych, in the west - Cape Chersonese, in the east - Mount Tez-Bair on Ai-Petrinskaya Yayla. All three main ridges of the Crimean Mountains originate in the Sevastopol region: the Southern Range is the Balaklava Heights, the Inner Range of the Ridge is the Mackenzie Mountains, and the Outer Range is the Kara-Tau Upland. Erroneously, the highest point of Sevastopol, consider the mountain Tarpan-Bair (Tarapan-Bair, Trapan-Bair) 1094.4 meters above sea level, but the top of the mountain is in Bakhchisarai�