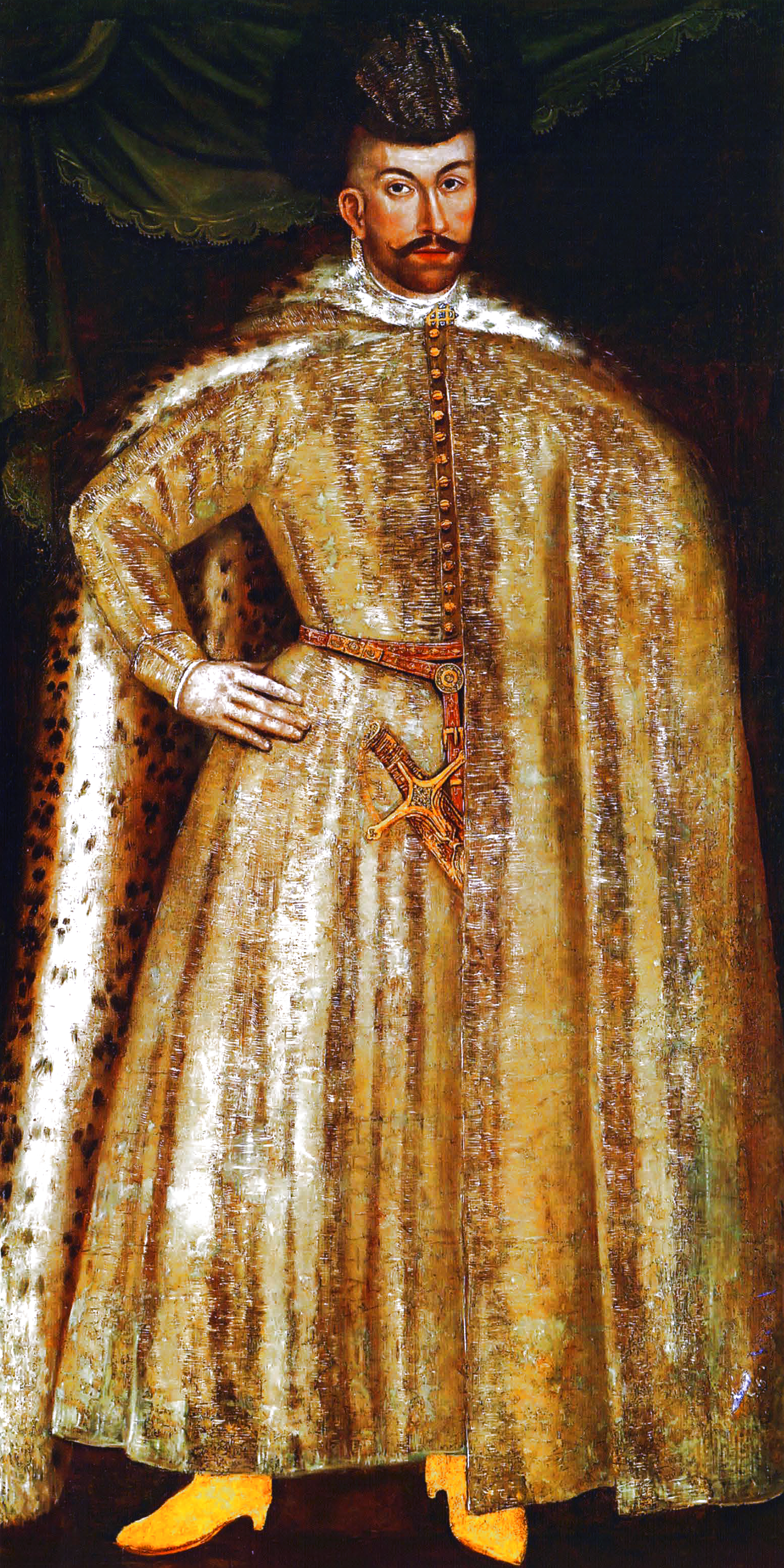 Sain-Bulat Khan (later baptized as Simeon Bekbulatovich, a monk. Stefan, Tat. Sainbulat, Sainbulat, ساین بولاط) (died January 5, 1616) - Tatar, Kasimov ruler, Kazan khan (king) (1567-1573) Heroes. Son of the sultan of the Nogai horde Bek-Bulat, great-grandson of the khan of the Great Horde Ahmat Khan, a direct descendant of Genghis Khan. Together with his father he went to work for Ivan IV the Terrible. He took part in the Livonian campaigns of the 1570s. He was recognized by other monarchs as Tsar of Muscovy and Grand Duke of All Russia in 1575-1576. Grand Duke of Tver (since 1576).

By order of Ivan IV, the young Sain-Bulat Khan married a girl from a famous boyar family - Maria Andreevna Kleopina-Kutuzova. Marriage to a Russian aristocrat of the Genghis Khan, who stood above the Moscow nobility, further strengthened his position. It was quite a tradition of that time to give the whole city to Tatar princes invited to the royal service. Therefore, no one was surprised when in the late 1560's Sain-Bulat was appointed khan in Kasimov. As a sign of the king's special affection, he received the title of "servant of the emperor", while even the most noble boyars were called only "slaves of Ivan the Terrible." Kasimov Khan Sain-Bulat took part in the Livonian War, as well as in campaigns at Paide, Gorishok and Kolyvan.

In July 1573, Sain-Bulat was baptized by the name of Simeon. That same summer, Simeon Bekbulatovych, widowed at the time, remarried Princess Anastasia Mstislavska, the daughter of Prince Ivan Fedorovich Mstislavsky, the former head of the Zemstvo, and the widow of Prince Cherkasy. Due to this dynastic marriage, Tsar Kasimovsky Simeon Bekbulatovich became related to the royal family, as the blood of Sophia Palaeologus flowed in the veins of his second wife. They were married and had six children: three sons - Fedor, Dmitry, Ivan and three daughters: Evdokia, Maria, Anastasia. Simeon Bekbulatovich survived all his children and his wife, who was tonsured a nun named Alexander and died on June 7, 1607. She was buried in Simon's Monastery.

According to popular belief, in 1574 Ivan IV renounced the title of heir to the Byzantine king,