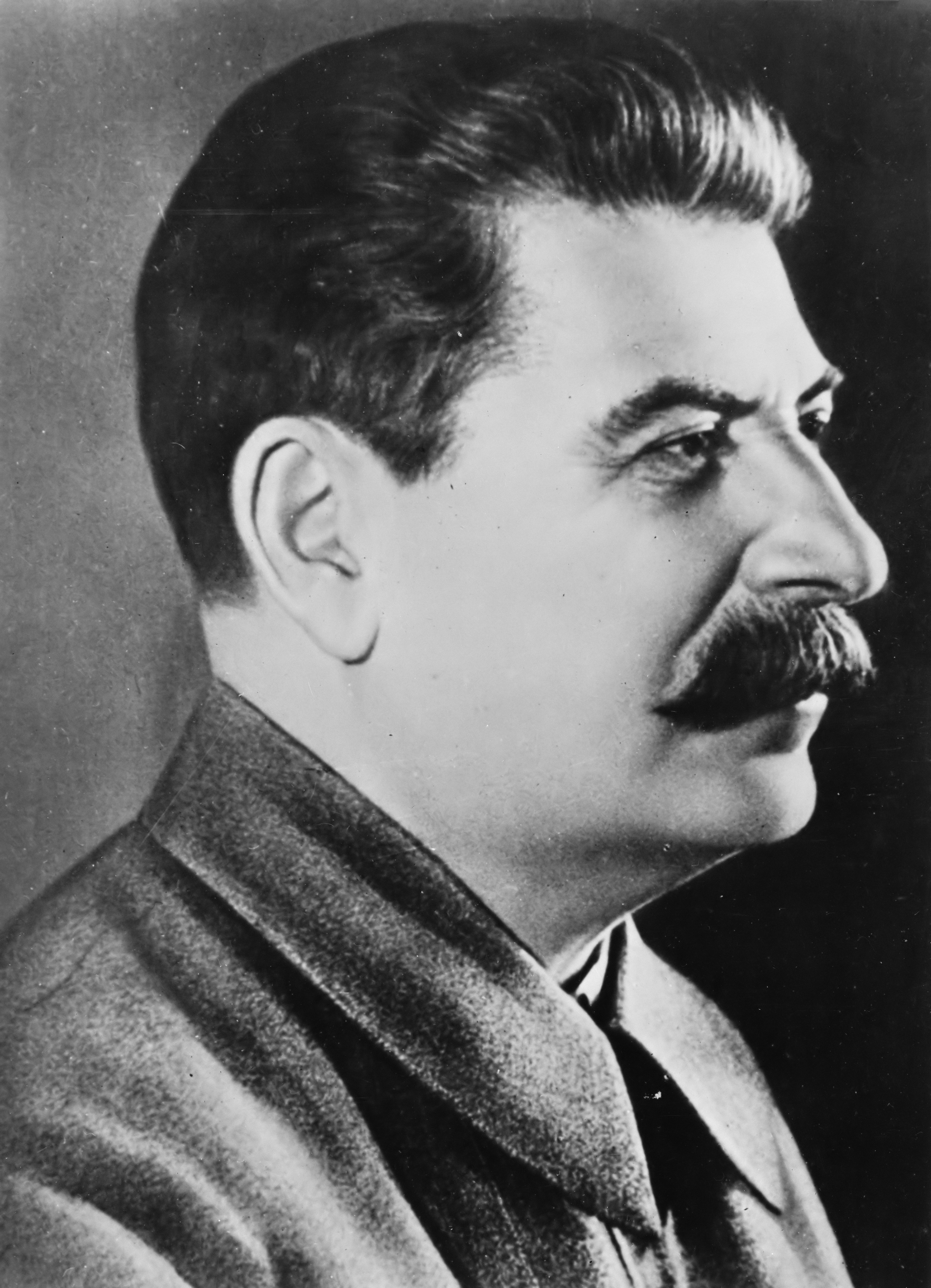 Joseph Vissarionovich Stalin (birth name: Ioseb Besarionis de Dzhugashvili, Georgian: 18 ჯუღაშვილი, December 18, 1878 (18781218), Gori, Russian Empire - March 5, 1953, Moscow, USSR) - Soviet military and political figure of Georgian descent. As Secretary General of the Communist Party of the Soviet Union (1922–1953) and Prime Minister (1941–1953), he established a one-party totalitarian system in the USSR and became a de facto dictator. The political system and ideology created during his reign were called Stalinism. Born into a poor family in Gori, he studied at the Tbilisi Theological Seminary until 1898. In his youth he joined the Marxist RSDLP and became a follower of Lenin. He edited the Bolshevik newspaper Pravda, participated in robberies, kidnappings and extortions in favor of the party, for which he was repeatedly arrested and sent into exile. In 1912 he was elected to the Central Committee. After the Bolshevik coup, he became a member of the Politburo and later became People's Commissar for Nationalities and State Control. During the Russian Civil War he served as the party's special envoy in important areas of the front. In 1922, Joseph Stalin became General Secretary of the CPSU (B), and after Lenin's death he concentrated power in his hands, appointed key supporters to key positions, and expelled potential rivals and former allies. The concept of "building socialism in a single country" became the cornerstone of the party dogma under Stalin. During the implementation of the five-year plans of the USSR, it experienced agricultural collectivization, accelerated industrialization and the creation of a centralized command economy. Stalin's policies based on systemic repression and terror killed 3.9 million Ukrainian peasants during the Holodomor; Millions of Soviet citizens were imprisoned in Gulag camps or deported to remote areas, dekulakized, and sometimes entire nations deported. Between 1934 and 1939, Stalin and his entourage organized the "Great Terror" to eliminate "enemies of the working class", during which more than a million people were imprisoned and 700,000 were executed by secret police.