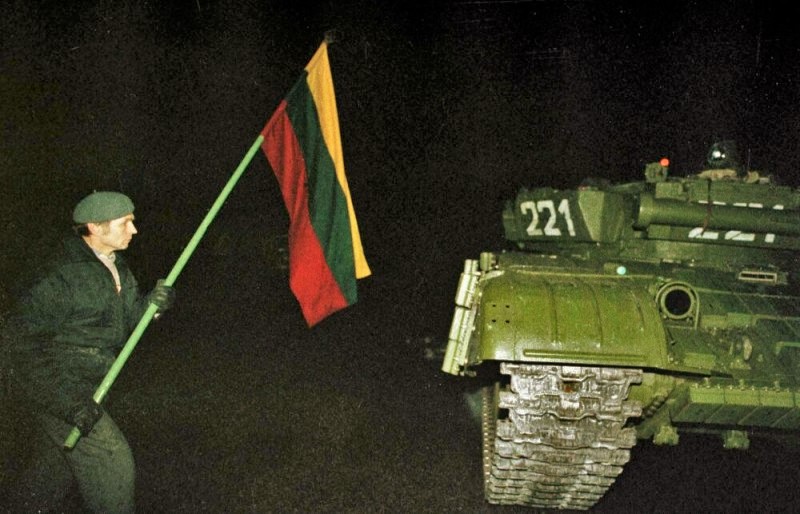 The January events in Vilnius, or the storming of the Vilnius TV Tower, took place on January 8-13, 1991, in the capital of the Lithuanian SSR, Vilnius; intervention - an attempt by the top Soviet leadership to return Lithuania by military means, which in March 1990 left the USSR, declaring its independence. The culmination of the confrontation was the assault by Soviet troops and special forces of the Vilnius TV Center, which killed 15 people - 14 of the defenders of the TV tower and one officer of the special unit "Alpha".

The course of events

Lithuania's path to independence from the USSR began in 1988 with the creation of the socio-political movement "Saudis". This movement became the forerunner and locomotive of the national liberation struggle of the Lithuanian SSR in 1990 - early 1991. The creation of Saudis provoked a reaction from local communists and other pro-Soviet forces, which launched a movement called Vienybė-Jedinstvo-Jedność; with the aim of this movement, they declared the struggle against the manifestations of Lithuanian nationalism and prosperity in the economic sphere. Unity enjoyed some support among local national minorities, primarily Russians and Poles. Lithuania was the first of all the republics of the USSR to become an independent state - it happened on March 11, 1990, when the Supreme Soviet of the Lithuanian SSR decided to leave the republic from the USSR. Instead, the decision of the People's Seimas to join Lithuania to the USSR, adopted in 1940, was declared invalid. Shortly before that, in March 1990, elections to the Verkhovna Rada of Lithuania took place, as a result of which the forces advocating Lithuanian state independence won. The USSR responded to Lithuania's actions with an economic blockade launched in April 1990. In January 1991, under the leadership of the Unity movement, mass protests took place against rising prices - when the government of Kazimierz Prunskene lowered food prices, which led to their rapid growth. Attempts to storm the Supreme Soviet of the Lithuanian SSR were also made during the demonstrations. The Council of Nationalities of the Supreme Soviet of the USSR expressed great concern over the situation in Vilnius, stating that it received telegrams from Lithuanians addressed to the leadership of the USSR, in which they called for