Terrorist attack near Volnovakha on January 13, 2015 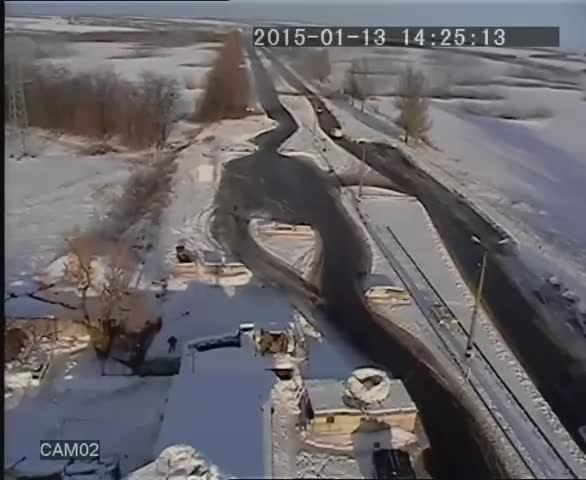 The terrorist attack near Volnovakha on January 13, 2015 - artillery shelling by the forces of the 5th OMSB "Oplot" of the occupying troops of the Russian Federation of the Ukrainian checkpoint on the H20 highway near the town of Volnovakha. During the shelling of the checkpoint, the Zlatoustivka-Donetsk bus was hit, and its passengers underwent passport control there. As a result of the attack, 12 people were killed and 18 others were injured. [⇨] The Prosecutor General's Office of Ukraine described the shelling as a terrorist attack. [⇨] The DNR militants almost immediately admitted that the shelling was carried out by their representatives. However, after the scale and number of victims became known, the militants began to deny their involvement. According to the General Staff of the Armed Forces of Ukraine, the shelling was carried out from the center of Dokuchaevsk in order to cover the representatives of Russian and local propaganda media about how Ukrainian forces will strike back. [⇨] The investigation of the Security Service of Ukraine identified the perpetrators of the shelling - the artillery division of the 5th Motorized Rifle Brigade "Oplot" under the command of Colonel Anatoly Sinelnikov, and the direct leader of the shelling - the commander of the jet division "Angels of Hell" Shpakova YM, citizen of Ukraine. On June 4, 2021, the Kuibyshev District Court of the Zaporizhia Region sentenced Shpakov to life imprisonment with confiscation of property in absentia. [⇨]

In the city of Dokuchaevsk, DNR militants gathered Russian and local journalists and fired a rocket at the Grad military from the city center in the direction of the Donetsk-Mariupol highway to cover the return. In total, more than 40 shells were fired. At the same time, there are no military positions near the checkpoint in the direction of the fire, and there are only the forces needed to exercise control. That is, only peaceful people could be there. A yellow ZAZ A07A1 I-VAN bus was traveling on the Zlatoustivka-Donetsk route (AV Pivdennyi) and stopped at checkpoint No. 5 for passport control on the demarcation line. During this time, a shell fired by militants from the BM-21 "Grad" MLRS from the Dokuchaevsk district exploded 12-15 meters from him. He died on the spot�