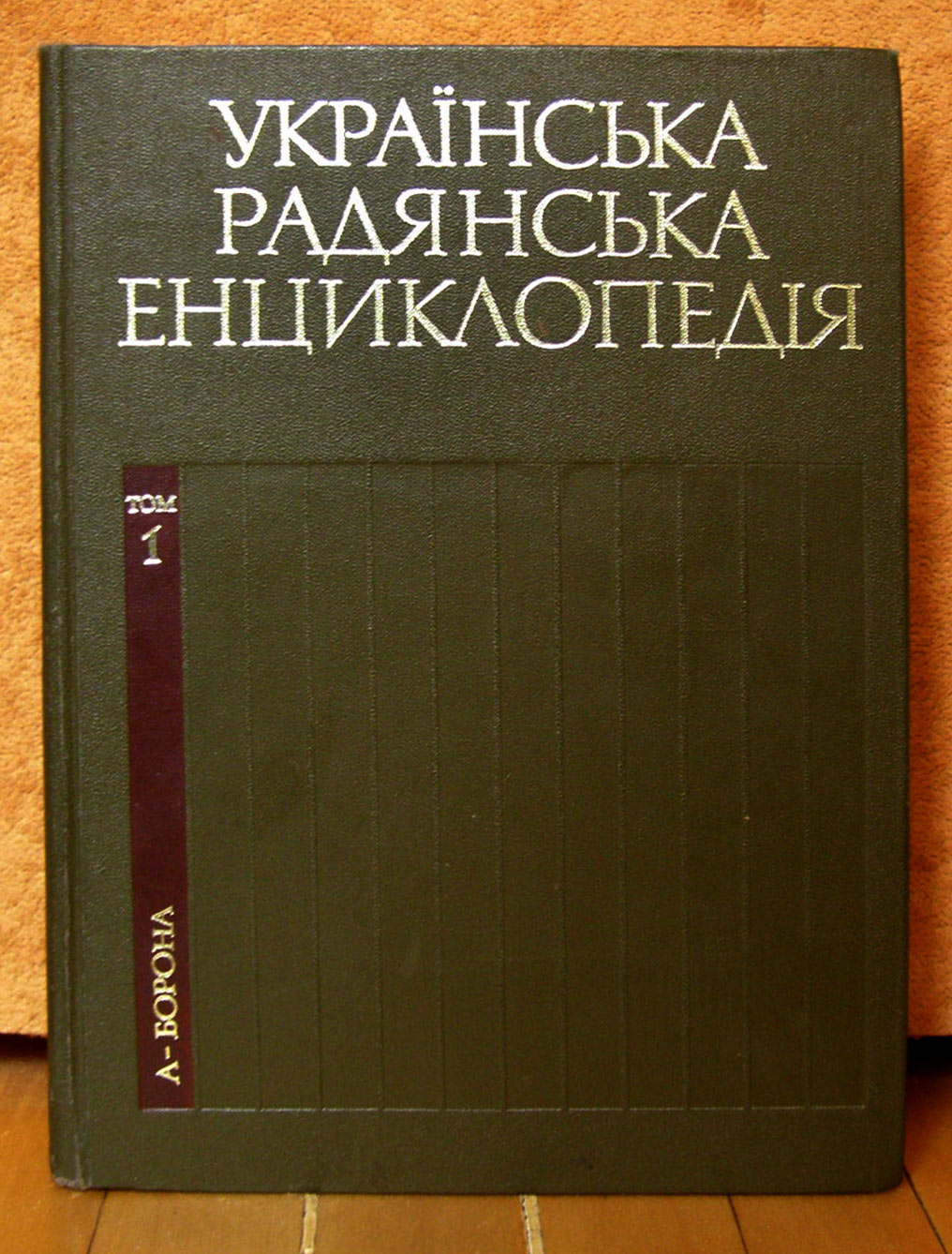 The Ukrainian Soviet Encyclopedia is the most famous multi-volume universal Ukrainian encyclopedia of Soviet times. The first republican encyclopedia in the USSR in two editions and the publishing house of the same name was created to implement the project. This work became a kind of compromise between the authorities, who wanted to make the encyclopedia a tool of propaganda, and the majority of authors and workers who tried to highlight the achievements of the Ukrainian people in culture, science, and economy as fully as possible. It managed to publish information about individual cultural figures who were repressed by the communist regime and silenced in previous Soviet publications. A large-scale academic work about Ukrainians, various scientific, artistic, social spheres of Ukraine and the former USSR. A large part of the encyclopedia is devoted to various aspects of Soviet life — from Marxist-Leninist teachings, in particular to the analysis of even individual works of the classics of Marxism-Leninism, to the achievements of socialist society with the inclusion of extensive biographies of general and first secretaries of Communist parties of various countries, sometimes little-known in the world, and in Ukraine and all the more. The Ukrainian studies materials of the encyclopedia are also Soviet-centric: they orient the reader to the fraternal unity of the Ukrainian people with the Russian and other allies, leveling the Ukrainian national foundation, primarily in articles related to the history of the nation, language, etc.

In the USSR, the idea of ​​preparing its own national encyclopedia arose in the mid-1920s after the founding of the joint-stock company "Soviet Encyclopedia" in Moscow in 1925, whose task was to publish the multi-volume "Great Soviet Encyclopedia" (its first volume was published in 1926). The project of publishing the "Great Soviet Ukrainian Encyclopedia (VRUE)" was announced on the 10th anniversary of the Bolshevik coup in Petrograd at the 10th Congress of the CP(b) on November 20-29, 1927 in Kharkiv in the resolution "On the task of cultural construction in Ukraine" . After the appearance of the first volume of the "Ukrainian General Encyclopedia" in Lviv in 1930, Mykola Skrypnyk began active implementation of the VRUE project, therefore this unrealized project is known as the "Skrypnyk encyclopedia". Under his chairmanship of the same year