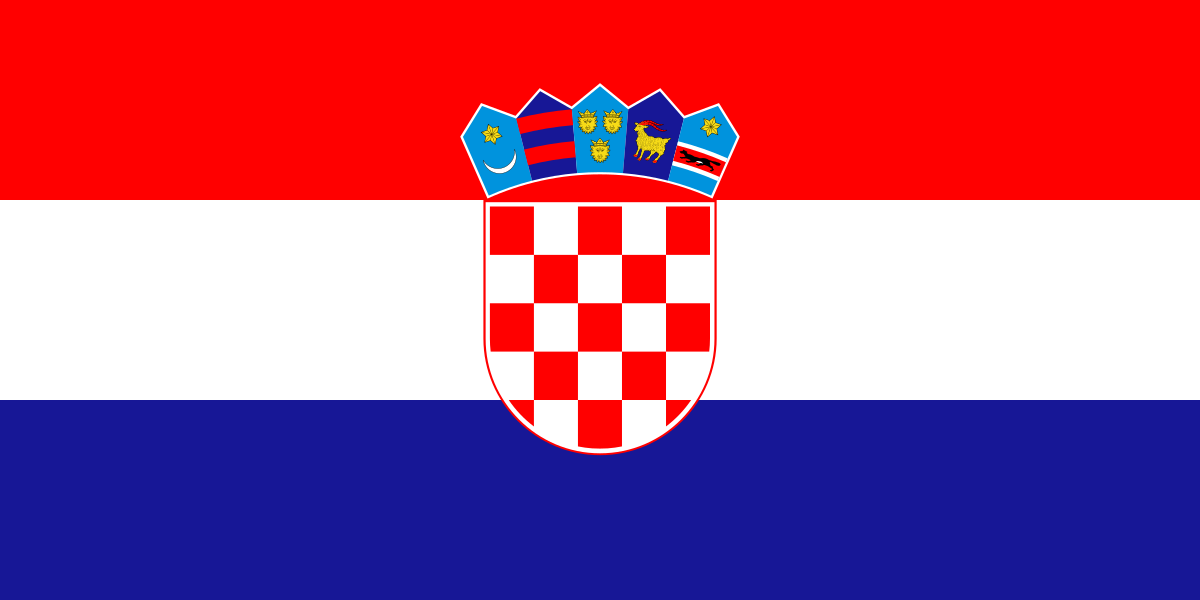 Croatia (Croatian: Hrvatska), official name: Republic of Croatia (Croatian: Republika Hrvatska, listen file) is a country at the crossroads of Central and Southeastern Europe in the west of the Balkan Peninsula. It borders Slovenia in the north, Hungary in the northeast, Serbia in the east, Bosnia and Herzegovina and Montenegro in the south, and shares a sea border with Italy. The capital of the country, Zagreb, is the largest city and one of the primary administrative-territorial units along with twenty counties. Croatia has an area of ​​56,594 km² (26th in Europe) and a population of 4.28 million, most of whom are Catholic. Croatia has been inhabited since the Paleolithic era. The Croats arrived on the territory in the 6th century and by the 9th century had created two principalities. Croatia was first recognized as an independent state at the international level on June 7, 879, during the reign of Prince Branimir. Tomislav I became the first prince in 925, raising Croatia to the status of a kingdom that retained its sovereignty for almost two centuries. During the succession crisis following the end of the Trpymirovych dynasty, Croatia entered into a personal union with Hungary in 1102. In 1527, faced with the Ottoman conquests, the Croatian parliament elected Ferdinand I to the throne of Croatia. In October 1918, in the last days of the First World War, a state of Slovenes, Croats and Serbs, independent of Austria-Hungary, was proclaimed in Zagreb, and in December 1918 the country was united into the Kingdom of Serbs, Croats and Slovenes (later renamed the Kingdom of Yugoslavia in 1929). After the Axis invasion of Yugoslavia in April 1941, most of Croatia was incorporated into the puppet state of the Independent State of Croatia. The result was the emergence of a resistance movement. This led to the creation of the Socialist Republic of Croatia, which after the war became a founding member and component of the Socialist Federal Republic of Yugoslavia. On June 25, 1991, Croatia declared independence, which took effect on October 8 of the same year. The Croatian War of Independence was successfully fought for four years after its declaration. The name of the country comes from the ethnonym of the people - Croats. The sovereign state of Croatia is a parliamentary republic. Member of Europe