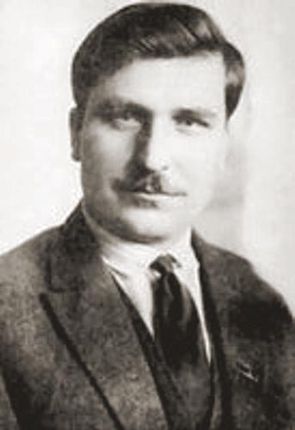 He was born in the village. Fedorivka (Ekaterinoslav Province, Russian Empire, now Pologi District, Zaporizhia Oblast, Ukraine) in a peasant family. From 1904 he studied at the Alexander Mechanical and Technical School in the city of Alexandrovsk (now Zaporozhye). He took part in the revolution of 1905-1907. Member of the RSDLP (B) since 1907. In 1911 he graduated from the Alexander Mechanical and Technical School. From September 1911 to September 1912 he was a postman of the boiler house of the Kramatorsk Machine-Building Plant at the Kramatorsk station of the Southern Railway. In 1912 he was arrested for revolutionary activities, but was soon released. From December 1912 to November 1913 he was the receiver of boiler works and a plumber at the Mariupol Metallurgical Plant in Mariupol. From December 1913 to May 1915 he was the assistant foreman of the boiler shop of the Moscow Blacksmith and Boiler Plant AV Bari. From December 1915 to November 1917 he was a turner at the electrical workshop of the Petrograd Cannon Factory in Petrograd. He took an active part in the Russian Revolution of 1917: he was a member of the Central Council of Factory Committees of Petrograd, commissioner of the Military Revolutionary Committee of the Main Artillery Department of Petrograd. From March 1918 to April 1922 he was a member of the Presidium of the Supreme Soviet of the National Economy (VRNG) of the RSFSR. Simultaneously, in October 1918 - October 1919 - Chairman of the Board of the State Association of Machine-Building Plants (DOMZ) VRNG RSFSR. From 1918 to 1920 he was the head of the Main Department of the Metal Industry, the head of the transport department.