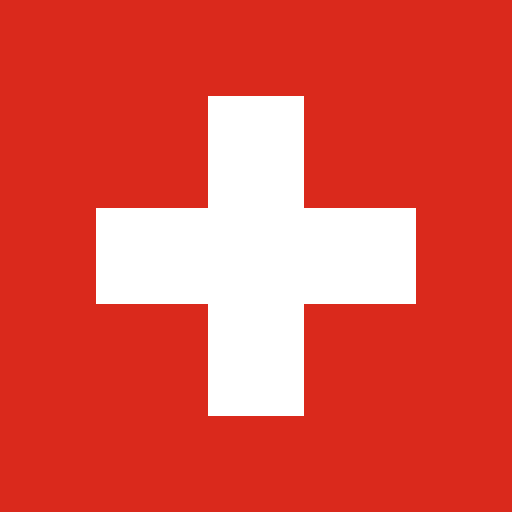 Switzerland (also Switzerland; German die Schweiz, French la Suisse, Italian Svizzera, ret. Svizra), the official name of the Swiss Confederation, is a state located at the junction of Western, Central and Southern Europe. A federal republic consisting of 26 cantons, with the federal government in Bern. The country is landlocked and borders Italy to the south, France to the west, Germany to the north, and Austria and Liechtenstein to the east. It is geographically divided by the Swiss plateau, the Alps and the Jura and covers a total area of ​​41,285 km², of which the land area is 39,997 km². While the Alps cover most of the country, Switzerland's population of approximately 8.5 million is concentrated mostly on the plateau, where the largest cities are located, including the two global cities and economic centers of Zurich and Geneva. The date of creation of the Swiss Confederation is considered to be August 1, 1291, when three forest cantons (lands): Uri, Schwyz and Unterwalden, defending their independence from the Habsburgs, concluded an "eternal union" (within the "Holy Roman Empire") for the sake of defense. As an independent state, Switzerland received international recognition under the Peace of Westphalia in 1648. On August 19, 1798, under the conditions of French occupation, the Helvetian Republic was proclaimed, which existed until 1803 and had a single constitution. The Congress of Vienna of 1814–1815 established the borders of Switzerland, close to modern ones, and guaranteed its "eternal neutrality." On September 12, 1848, the Constitution was adopted, which established Switzerland as a single federal state. The country has been a member of the United Nations since 2002 and a member of the Schengen Area since 2004. Switzerland is located at the crossroads of Germanic and Romance Europe, which is reflected in four main linguistic and cultural regions: German, French, Italian and Romansh. Although the majority of the population is German-speaking, Swiss national identity is rooted in shared history and values ​​such as federalism, direct democracy and Alpine symbolism. Due to its linguistic diversity, Switzerland is known by several native names: Schweiz [ˈʃvaɪts] (German); Suisse [sɥis(ə)] (French); Svizzera [ˈzvittsera] (Italian); and Svizra [ˈʒviːtsrɐ, ˈʒviːtsʁɐ] (Romance). On Mon