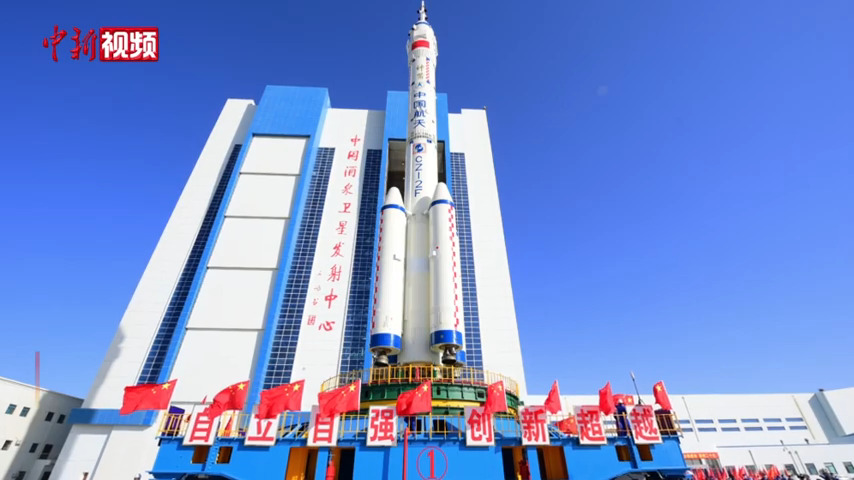 Shenzhou-14 (Chinese trad. 神舟十四号, pinyin: Shénzhōu shísì hào, acad. Shenzhou shisi hao, literally "Sacred Boat-14", English Shenzhou-14) is the ninth manned spacecraft of the People's Republic of China in the "Shenzhou" series ". The Shenzhou-14 flight became the ninth manned flight of the PRC and the third manned flight to the Tiangong Orbital Station, to which the cargo ship "Tianzhou-4" with 5 tons of cargo for the station's orbit support crew had previously automatically docked on May 10. Launched on June 5, 2022 and docked with the Chinese space station on the same day.

The spacecraft and its Changzheng-2F Y-14 launch vehicle were delivered to the launch pad of the Jiuquan Spaceport on May 29. The launch was carried out on June 5, 2022 at 10:44 Beijing time (5:44 Moscow time), with three astronauts on board. Docking with the nadir docking node of the base module of the station was carried out on June 5 at 17:42 Beijing time (12:42 Moscow time). the flight to the station took 6 hours and 58 minutes. Taking into account the previously docked cargo ships "Tianzhou-3" and "Tianzhou-4", there were three ships docked at the station at the same time. The complex had the same composition and the same shape from October 15, 2021 to March 27, 2022, when the trucks "Tianzhou-2" and "Tianzhou-3" and the manned ship "Shenzhou-13" were docked to it (see photo on the left ).

The crew of "Shenzhou-14" was made up of 3 officers from the cosmonaut unit of the PLA: Commander Chen Dong, China's first female astronaut Liu Yang and Cai Xuzhie, who is flying into space for the first time.

The Shenzhou-14 crew is scheduled to assist in the docking of the Wentian and Mentian laboratory modules to the station's main unit, which are scheduled to be launched to the station in July and October 2022. This will be the first docking of station modules in the history of Chinese cosmonautics. After their docking, the crew will have to conduct testing of the three-module complex, check the operation of the airlock chamber of the Vientiane module, going through it for the first time into outer space, as well as the large and small manipulators. The crew is scheduled to conduct about 100 scientific experiments and lessons from aboard the station for schoolchildren of the People's Republic of China. A few days before the docking of "Shenzhou-14", the ship "Shenzhou-15" should dock with the station. During this