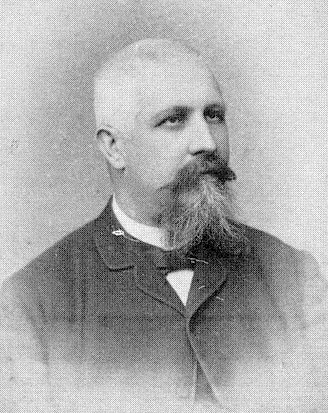 | Lib Yulian (Julian) Romanchuk (February 24, 1842, Krylos village, now Halych district - April 22, 1932, Lviv) - a longtime political leader of Galician Ukrainians, a prominent public and cultural figure (teacher, writer, journalist, publisher). He was a founding member of the Prosvita parent society (1868) and its long-term chairman (1896-1906), one of the founders of the NTSh (1873), the Native School (1881), and the Teachers' Society (second chairman, later honorary member). Father and grandfather of artists Tito and Anton Romanchuk.

He was born on February 24, 1842 in the village of Krylos (Stanislaviv District, Kingdom of Galicia and Vladimir, Austrian Empire, now Galician District, Ivano-Frankivsk Region, Ukraine) in the teacher's family. He graduated from Lviv University. From 1863 to 1900 he was a high school teacher (classical philology) in Lviv, where he lived until his death. He was a founding member of the Prosvita parent society (1868) and its long-term chairman (1896-1906), one of the founders of the NTSh (1873), the Native School (1881), and the Teachers' Society (second chairman, later honorary member). Founder and publisher of the Batkivshchyna newspaper (1873), co-founder and contributor to Dila (1880), the monthly Ruthenische Revue (Ukrainische Rundschau) in Vienna. In 1884 he began to intensify activities to reform the education system in order to increase the number of schools with Ukrainian as the language of instruction. 1883–1895 - Ambassador to the Galician Sejm (from 1889 - Chairman of the Ukrainian Sejm Club ("Russian Club"), before leaving it on May 24, 1894). 1885 - initiator and co-founder of the People's Council. In 1890 he became one of the creators of the so-called "new era", in opposition to which he became in 1894. 1891-1897 and 1901-1918 - Ambassador to the Austrian Parliament (1907-1910, 1916-1917 Chairman of the Ukrainian Parliamentary Representation, since 1910 Vice-President of the Parliament). 1899 - co-founder of the National Democratic Party (until 1907 its chairman). During the First World War he was the chairman of the Ukrainian Auxiliary Committee and the Ukrainian Cultural Council in Vienna. November 7, 1916 - the parliamentary clubs of the National Democratic and Radical parties disbanded, instead forming a single-member parliamentary organization of all Ukrainian ambassadors to Galicia; Yu. Romanchuk was elected chairman, Lev Bachynsky and Yevhen Petrushevych deputies, Longin Tsehelsky secretary