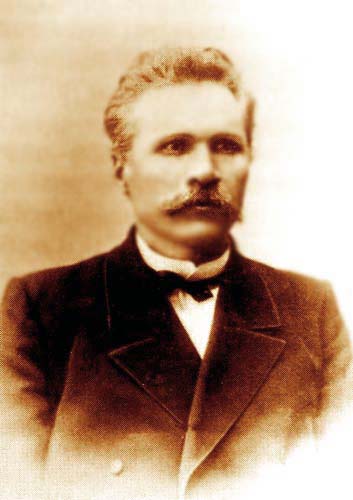 Dmytro Ivanovich Yavornytskyi (Evarnytskyi) (October 25 (November 6) 1855 (18551106), Sontsivka village (now Borysivka), Kharkiv province, Russian Empire - August 5, 1940, Dnipropetrovsk, Ukrainian SSR, USSR) - Ukrainian historian, archaeologist, ethnographer, folklorist, lexicographer, writer, researcher of the history of the Ukrainian Cossacks, museum expert, active member of the National Academy of Sciences (1914) and the Ukrainian Academy of Sciences (1929). One of the founders of the Regional Museum of Local Lore named after O. M. Polya. Author of more than 1,500 scientific works. One of the first who studied in detail the entire history of the Zaporizhzhya Cossacks and the history of the Dnieper rapids.

Origin of the surname

Dmytro Yavornytskyi comes from the village of Sontsivka (now within the village of Borysivka, Kharkiv District, Kharkiv Region). The exact date of birth was not known until the beginning of the 21st century, when in 2009 Andrii Paramonov (director of the Kharkiv City Manor Museum, local historian, journalist) found an extract from the metric in the Kharkiv archive, which indicated that Dmytro was born on October 25 (according to the old style), and on October 29 he was baptized. Dmytro Yavornytskyi's father, Ivan Yakymovych Yavornytskyi (1827-1885), came from an impoverished noble family, the ancestor of which belonged to a Cossack chieftain. According to the testimony of Dmytro Yavornytskyi, from his grandfather—P�