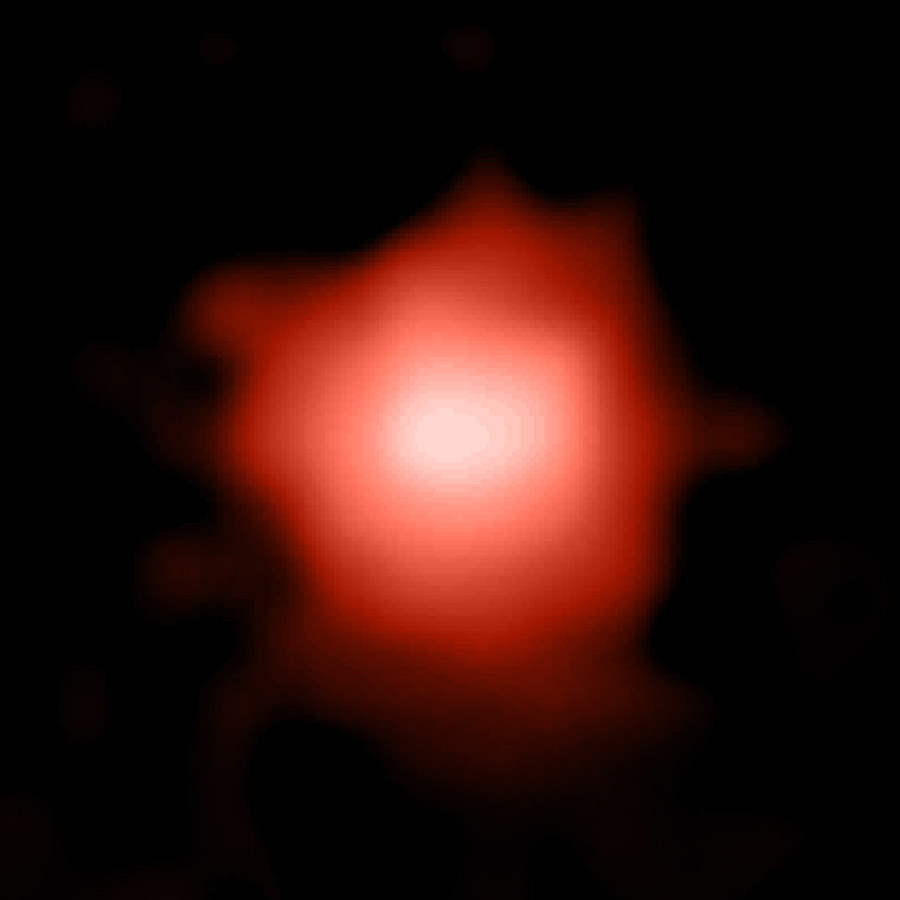 GLASS-z13 is a galaxy discovered in July 2022 by the James Webb telescope in the constellation Sculptor. The oldest galaxy discovered at the present time. Formed about 300 million years after the Big Bang, it is now about 13.5 billion years old. However, it is impossible to determine the exact age: it could have appeared at any time during the first three hundred million years after the Big Bang. The redshift of GLASS-z13 is about z13, which makes it appear as a bright red dot. The galaxy is a dwarf: its diameter is about 1,600 light years, which is about 60 times smaller than the diameter of the Milky Way. It was discovered alongside another galaxy, GLASS-z11, comparable to GN-z11, also one of the oldest galaxies discovered. See also List of the most distant astronomical objects