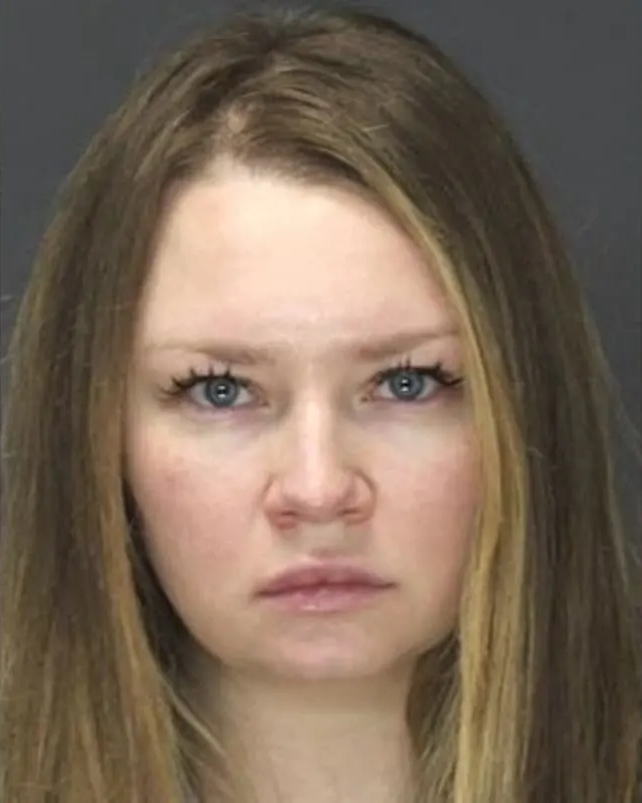 Anna Sorokin (Russian: Анна Вадимовна Сорокина; born 23 January 1991) is a German con artist of Russian descent. Between 2013 and 2017, she moved to New York City and created a fictitious identity as Anna Delvey, posing as a wealthy German heiress to commit hotel fraud, rich bankers and celebrities. She was later convicted of multiple counts including fraud, second-degree theft and service theft in 2019. A movie adaptation of her story was made by Netflix in 2022.

Anna Sorokin was born on January 23, 1991 in Domodedovo, a working-class satellite town southeast of Moscow. She is the eldest child in a family of two children. Her father was Vadim Sorokin, a truck driver who later became an executive at a transportation company until the company defaulted on its debt in 2013; he then opened an HVAC business specializing in energy efficiency. Her mother used to own a small convenience store before becoming a housewife. Her family moved to Germany in 2007 when Anna was 16 years old. She attended high school at a school in Eschweiler and was described by her classmates as a quiet girl who had difficulty with German. As a teenager, Sorokin regularly followed Vogue magazine, fashion blogs and photo accounts on LiveJournal and Flickr. In 2011, Sorokin graduated from high school and moved to London to attend college at Central Saint Martins, however, she decided not to attend and returned to Germany. She then worked as an intern at a public relations firm before going to Paris to do an internship for the French fashion magazine Purple, earning around 400 euros a month. Sorokin's parents subsidized the rent, although she had little contact with them. At this point, she began to call herself Anna Delvey - a name she "came to herself".

Time as fake heirs and scams

In the summer of 2013, Sorokin moved to New York City to attend New York Fashion Week. Finding it easier to make friends here than in Paris, she briefly moved to Purple's New York branch. After quitting her job at Purple, she invented the idea of ​​a private club and art fund called the "Anna Delvey Foundation" and proposed the idea to the upper classes, including Aby. Rosen and Roo Rogers. Her proposal includes leasing Church Missions House, owned by RFR Holdings, as a multi-purpose event venue and art studio; she also plans to open a visual arts center and pop-up stores run by artist Daniel Arsham, along with Urs Fischer, Damien Hirst, Jeff Koons, and Tracey Emin. In addition, she received help from the son of architect Santiago Calatrava. In the summer of 2014, during a party at a hotel in Montauk, New York, Sorokin posed as a wealthy heiress, but asked partygoers to find a place to sleep the night. The next morning, she was found sleeping in the car.